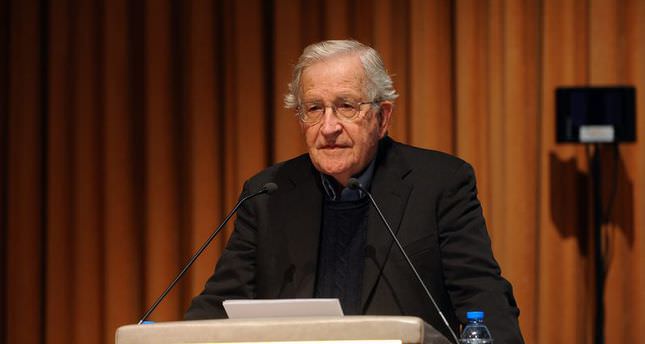 Prominent American thinker Noam Chomsky said Tuesday the UK vote to recognize Palestinian state will put pressure on the world for a solution in the region.

At a press briefing at the United Nations Headquarters in New York, the US linguist and political activist said, the majority vote of 274-12 at the UK parliament is a reflection of public opinion against the 50-day war in Gaza strip and also Israel's illegal occupation in the region.

The Massachusetts Institute of Technology professor said, "The UK Parliament vote –as the press correctly pointed out– is symbolic, but it will affect the British foreign policy."

"People in Europe and also in the U.S. to a certain extent want to distance themselves from Israel's actions, which are criminal," Chomsky said.

The UK Parliament vote came as Sweden's new centre-left government has been preparing to officially recognize Palestine, the first time a major Western European country will do so. France is contemplating a similar move, said the French Foreign Minister Laurent Fabius said on Tuesday.

"Until now the prevailing idea was that recognition should be linked to the negotiations," Fabius said. "But if negotiations were to prove impossible or have no conclusion, then France will naturally have to assume its responsibilities."

A key ally of Israel, the U.S. said on Oct. 3 that it would be "premature" to recognize a new Palestinian state and that the internal recognition must only come through negotiations.