Why are women fighting at the forefront of the war against ISIS? 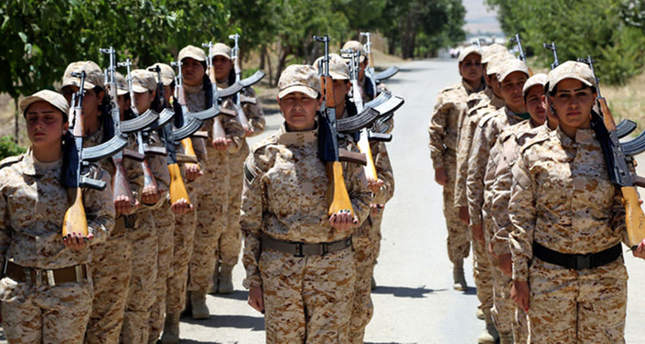 Women have more to lose than anyone else, says CNN columnist Frida Ghitis in her article published on Oct. 14, to explain the extraordinary number of women fighters in Iraq and Syria.

More than one third of Kurdish troops in Syria are women, according to Ghitis' article. She says, "They (women) have taken up arms, organized civil protests and warned the world about the threat that ISIS poses."

It is even reported that Kurdish woman fighters are leading some of the battles against ISIS militants in the Syrian town of Kobani, trying to withstand the terrorist group's assaults for weeks now.

ISIS's justification of women enslavement goes back to an ancient custom of using women and children as spoils of war. A recent article on ISIS's English-language magazine, Dabiq, confirms that women and girls from Iraq's Yazidi minority were forced to marry ISIS fighters and shipped out in busloads from Iraq to Syria to be sold off as prizes.

ISIS's treatment of women as battle loot is, however, also motivates women to fight more than ever, says Ghitis in her article.

"It is a powerful motivation for women to join the fight," she says.

"Just when it seemed ISIS could not be more offensive and threatening, it has provided everyone, especially, women even more reasons to fight back."