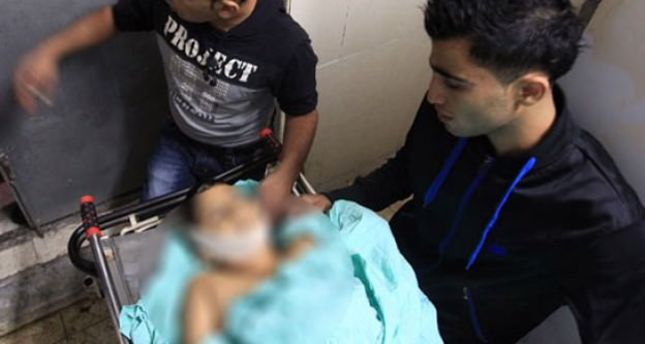 by AA Oct 17, 2014 12:00 am
A Palestinian boy was killed by Israeli gunfire in the evening on Thursday in western Ramallah, eyewitnesses said.

The director of the Ramallah Medical Center, Ahmed al-Beitawi, meanwhile, said a 13-year-old Palestinian boy called Bahaa Badr was killed after being shot in the chest during clashes with the Israeli army in western Ramallah's Beit Liqya town.

"The boy was admitted into the operations room, but he died of his wound there," al-Beitawi said.

The Israeli army fired live ammunition, birdshot and teargas on the Palestinian youths, wounding the 13-year-old boy who was then taken to hospital to receive treatment, the eyewitnesses said.

They added that scores of other Palestinians suffered temporary asphyxiation from the Israeli teargas.

Attacks by Israeli troops against Palestinian towns and villages in the occupied West Bank are becoming a common occurrence.

Anadolu Agency could not immediately obtain comments from Israeli authorities on the event.