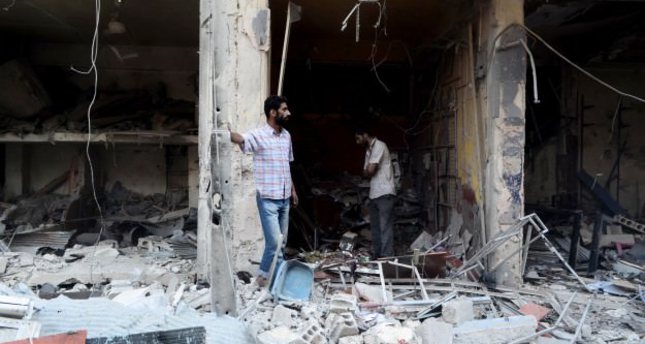 by AA Oct 18, 2014 12:00 am
Sanctions against terror groups in Syria and the country's president were introduced Friday at a U.S. conference here of more than 20 countries and international organizations.

The International Working Group Meeting on Sanctions Targeting ISIL, al-Nusrah Front, and the Assad Regime was co-hosted by the State and Treasury departments where discussions centered around measures to financially isolate the extremist groups and the regime of Bashar al-Assad, according to a statement. ISIL and al-Nusrah Front are designated as terror groups fighting in Syria by the U.S. and the U.N. Security Council.

The U.S. previously put several sanction on alleged ISIL financiers along with several economic and political sanctions on the Syrian regime.

The measure comes a day after the U.S. Treasury imposed sanctions on a number of regime supporters and officials for facilitating the flow of finance and material to the regime, and for being involved in human rights violations.