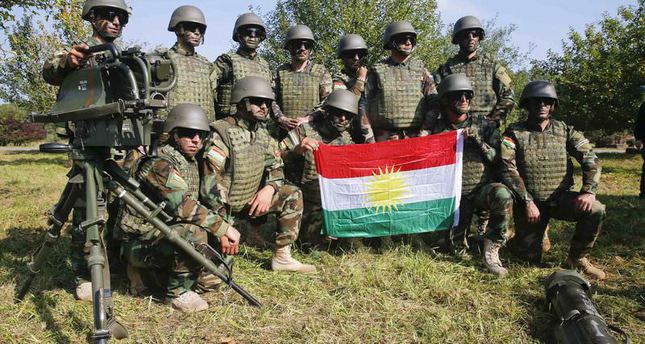 by Oct 22, 2014 12:00 am
Iraqi Kurdish regional lawmakers Wednesday approved the deployment of security forces to the Syrian town of Kobani to help Kurds battling the ISIS, the parliament speaker said.

Massud Barzani, the president of Iraq's autonomous Kurdistan region, had sent a letter asking its legislature to give him the approval needed for the deployment.

"The Kurdistan parliament decided to send forces to Kobani with the aim of supporting the fighters there and protecting Kobani," Yusef Mohammed Sadeq said, according to footage of the session.

It was not immediately clear whether there would be any coordination between the Kurdish region and the federal government in Baghdad on intervening in Syria's bloody and protracted civil war.

The strategic town of Kobani, located near the Turkish border, has become a crucial battleground in the fight against ISIS, which also holds significant territory in Iraq.

Kurdish forces have played a leading role in combatting the group in northern Iraq after federal security forces collapsed under the weight of an ISIS-led militant offensive in June that overran much of the country's Sunni Arab heartland.

Iraqi Kurdistan has its own security forces, government, borders and flag, but has been reliant on payments from Baghdad for funding.

The region's decision to independently sign contracts with foreign firms to develop its natural resources -- a move that could ultimately pave the way for independence -- has been a major point of contention with Baghdad.