Obama to demand authority from Congress for fight against ISIS 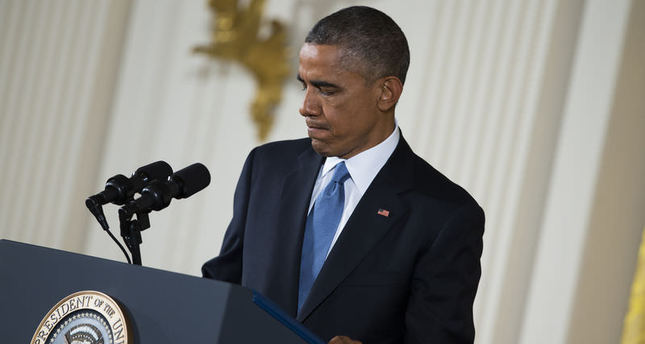 by reuters
Nov 06, 2014 12:00 am
President Barack Obama said on November 5 that he would seek fresh authorization from Congress in the next few weeks for the continuing U.S. military campaign against ISIS, taking a new approach to congressional backing for the fight.

Obama made the announcement at a news conference after his Democratic Party suffered big losses in Tuesday's congressional elections, which left Republicans in charge of the U.S. Senate.

"The world needs to know that we are united behind this effort, and the men and women of our military deserve our clear and unified support," Obama said.

Since the campaign began in August, the administration has said it had authority to act against ISIS in Iraq and Syria under congressional authorizations voted after the Sept 11 2001, attacks on America and before the 2003 Iraq invasion.

"We now have a different type of enemy. The strategy is different, and how we partner with Iraq and other Gulf countries and the international coalition has to be structured differently," Obama said.

A new "Authorization to Use Military Force (AUMF)" was needed to reflect "not just our strategy over the next two or three months, but our strategy going forward," he said, adding that he would discuss it with Democratic and Republican leaders at a meeting in the White House on November 7.

Some members of both parties have said that fresh congressional authority is needed to cover the air campaign against the Islamist militants and the teams of military advisers sent to Iraq to help rebuild the country's armed forces.