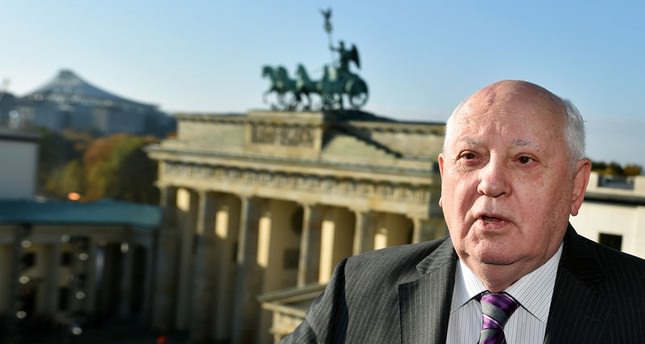 by Associated Press
Nov 08, 2014 12:00 am
Former Soviet leader Mikhail S. Gorbachev says tensions between the major powers have put the world "on the brink of a new Cold War."

He accuses the West, particularly the United States, of giving in to "triumphalism" after the collapse of the communist bloc a quarter century ago.

Gorbachev spoke on Saturday at an event marking the 25th anniversary of the fall of the Berlin Wall, close to the city's iconic Brandenburg Gate.

Gorbachev called for new trust to be built through dialogue with Moscow, and suggested the West should lift sanctions imposed against senior Russian officials over its actions in eastern Ukraine.

He says failure to achieve security in Europe would make the continent irrelevant in world affairs.
Last Update: Nov 09, 2014 10:26 am