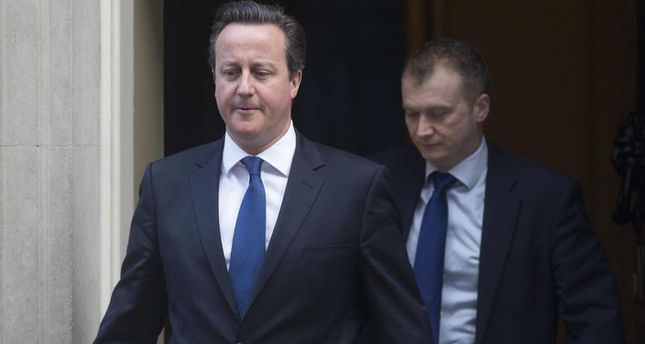 by daily sabah
Dec 08, 2014 12:00 am
British Prime Minister David Cameron is scheduled to pay a visit to Turkey on Tuesday with a view to further strengthening bilateral relations and to discuss the turmoil in the region.

"This visit is not only important for Turkey-U.K. relations, but for the peoples of countries and regions going through a difficult period," Turkish President Recep Tayyip Erdoğan said during the fourth Turkish-British Tatlı Dil [sweet talk] Forum, an annual meeting that was inaugurated between the governments of Britain and Turkey at the prime minister level in 2011.

The event, which brings together senior figures from politics and the business world as well as scholars and artists, aims at "strengthening and institutionalizing the civil dialogue" between Turkey and the U.K., Turkey's U.K. embassy said.

Erdoğan called for "intense cooperation" between the two countries "in order to take stable, constructive and conclusive steps" in regional and global matters. "Our strategic cooperation is of vital importance for global peace, stability and democracy," he said. The president added that economic relations was one of the areas that need to be developed further in this regard and said that the goal was to increase the trade volume between the two countries to $19 billion by 2015.