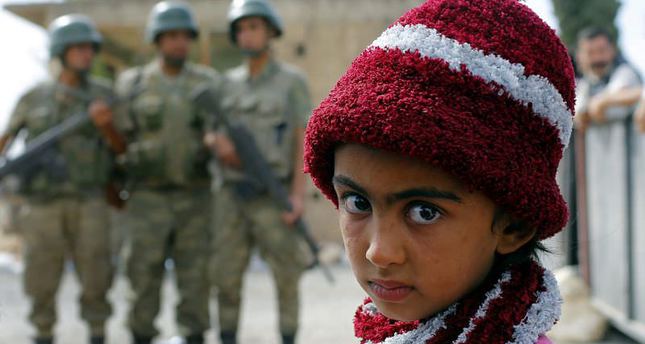 by Dec 08, 2014 12:00 am
The year 2014 has been a year of political extremism around the world, with many countries suffering from worsening humanitarian crises characterized by armed conflicts, situations of generalized violence and violations of human rights. The U.N. declared 2014 as "a year of devastation for millions of children caught up in violent conflicts across the world." Many people are in dire need of humanitarian assistance, with children the most vulnerable and affected by violent conflicts.

"Children have been killed while studying in the classroom and while sleeping in their beds; they have been orphaned, kidnapped, tortured, recruited, raped and even sold as slaves," said UNICEF executive director Anthony Lake. "Never in recent memory have so many children been subjected to such unspeakable brutality."

An estimated 230 million children have been living in violence-hit areas including Iraq, Syria, and occupied Palestinian territory, Afghanistan, the Democratic Republic of the Congo, Nigeria, Pakistan, Somalia, Sudan and Yemen.

More than 7.3 million children in Syria have been affected by the three-year conflict that has resulted in 1.7 million child refugees, according to U.N. figures. Some 3.3 million Syrians have fled to neighboring countries, and Syrian refugee children have been facing the grave risk of becoming stateless. During the 51-day Gaza conflict, 538 Palestinian children were killed and more than 3,370 were injured. The deadly Israeli assault left 54,000 children homeless.

As the number of people affected by extreme violence increases, the U.N. has launched a $16 billion appeal for global humanitarian aid funding. "Over 80 percent of those we intend to help are in countries mired in conflict where brutality and violence have had a devastating impact on their lives," said Valerie Amos, the U.N. undersecretary-general for humanitarian affairs and emergency relief coordinator, at a Geneva press conference on Monday. As the unprecedented level of crises is expected to increase around the world in 2015, at least 57.5 million people are likely to experience "unimaginable suffering" in the coming year, with a sense of pervading crisis in the conflict-hit regions.

Antonio Guterres, the U.N. high commissioner for refugees said, "This is not business as usual in the humanitarian world.… Without more support, there simply is no way to respond to the humanitarian situations we're seeing in region after region and in conflict after conflict." In 2014, international donor aid was not adequate for providing the total funding request of $17.9 billion.