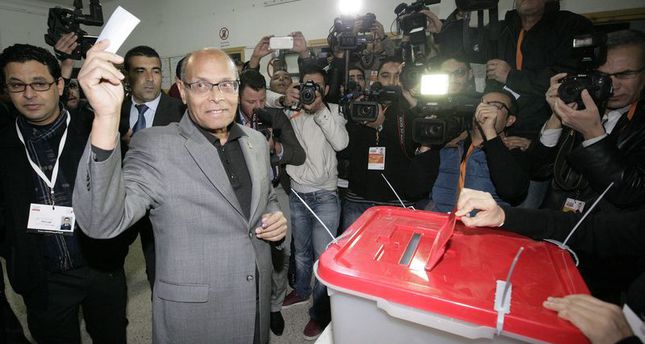 by AA Dec 21, 2014 12:00 am
Security measures were tightened at Tunisia's polling stations on Sunday following a Saturday night attack by armed groups in the central province of Kairouan that left one assailant dead and one solider wounded.

Security authorities deployed some 100,000 troops to polling stations, with a focus on the country's western provinces.

At least 20 security units were deployed around five polling stations in the central city of Sidi Bouzid, an Anadolu Agency correspondent reported.

Similar deployments took place in the various cities and towns across the country, according to several AA correspondents.

Tunisia's Independent High Authority for Elections on Sunday delayed the opening of around 100 polling stations in the country's western regions till 10am (9am GMT), citing security reasons.

On Saturday, an armed group launched an attack on army personnel tasked with securing polling stations in the town of Haffouz of the Kairouan province.

The attack left one of the assailants dead and one soldier wounded, while three suspects have been apprehended, according to a statement by Tunisian defense ministry spokesman Belhassen Oueslati.