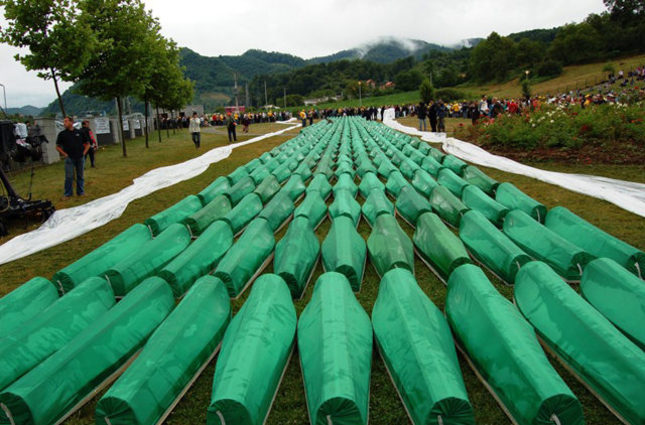 by Mehmet Çelik Jan 15, 2015 12:00 am
The satirical magazine, Charlie Hebdo, which was recently attacked by terrorists in Paris, had insulted thousands of civilians who were murdered in the Srebrenica massacre in early 1990s.


The magazine, which is famous for its provacotive cartoons of Prophet Muhammad and other religious leaders, featured the bloody massacre in Sarajevo, Bosnia and Herzigova on several occasions.

In one issue they published a cartoon depicting a person laying down on the skulls of the murdered civilians on a beach, implying the mass graves of those civilians massacred in Sarajevo.

They published two other issues in 1993 and 1994 with insultings cartoons covering the events in Bosnia.

In 1993, the magazine published a cover depicting a cartoon of a women being raped by a soldier, insulting the many women and girls who suffer rape, sexual abuse and inhumane treatment and torture during the war.

In 1994 the magazine also published a cartoon showing a toy store with a display reading "We have body parts" and a kid saying 'Santa this is exactly what I wanted'.

During the Bosnian war and subsequent civil war between 1992 to 1995, an estimated 100,000 civilians and military personnel were killed, 80 percent of whom were Bosniak Muslims.