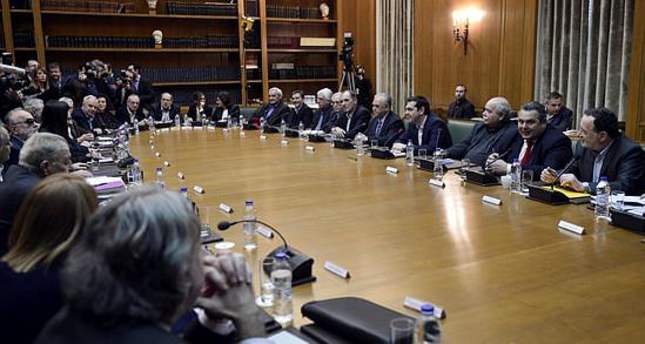 by Daily Sabah Feb 01, 2015 12:00 am
The new cabinet of Greece appointed by the newly elected Prime Minister Alexis Tsipras has decided to put the luxury cars of ministers on sale, citing them as 'lavish and unnecessary'.

Greece's new Prime Minister Tsipras, who has been the Leader of the Coalition of the Radical Left, Syriza, since 2009,unveiled the country's new government on Tuesday. Yorgos Katrugalos, appointed the executive reforms minister, has announced that ministers do not need cars granted to them and the government is planning on to put those cars on sale citing their being unnecessary and costly. The government is aiming to gain money out of the sales.

Among the luxury cars set to be on sale is reportedly the former deputy prime minister and foreign minister Evangelos Venizelos's newly bought car that costs 750, 000 euros.

Tsipras signaled a swift series of announcements in the first cabinet meeting held on Wednesday introducing significant structural changes to the Greek education system. At the first meeting with his cabinet members, the deans of Greek universities were dismissed in a move to reform the old educational system of the country.

"We are coming in to radically change the way that policies and administration are conducted in this country," Tsipras said on Monday.