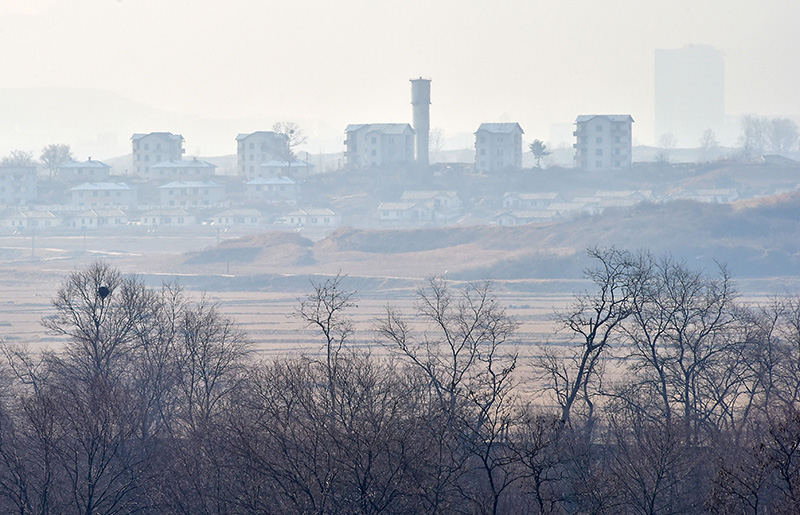 by Daily Sabah with Reuters Mar 02, 2015 12:00 am
The head pastor of a large Canadian church has been missing for more than a month and may have been detained in North Korea. The Canadian Government has reached out to try to locate him, his Toronto-based church said on Monday.

Reverend Hyeon Soo Lim, 60, has made hundreds of trips to North Korea to help oversee a nursing home, a nursery and an orphanage in the region, said Lisa Pak, a spokeswoman for the Light Korean Presbyterian Church in suburban Toronto. She said they have not heard from him since January 31 but were not initially worried as he knows the country well. They also thought he could be caught up by North Korea's quarantine of foreign travelers who may have been exposed to Ebola.

The 3,000-member church, where Lim has been head pastor for 28 years, has done humanitarian work in North Korea since about 1997, Pak said. Lim immigrated to Canada from South Korea in 1986 and has a wife and grown son, she said.

Lim left Toronto on January 27, flew to South Korea, and planned to visit China and North Korea during his trip, Pak said. After hearing from Lim on January 31, the church expected him to leave North Korea on February 4. When he did not contact the church, it waited another 21 days to allow for a possible Ebola quarantine which has come and gone.

The Canadian government said consular officials are in contact with Lim's family members and have offered consular assistance but declined to comment on Lim's situation.

The North Korean government takes a hard line against proselytizing, seeing religion as a threat to the Kim family, which has ruled it since the end of World War II and been portrayed as demigods in state propaganda.

A U.N. report this year cited estimates that between 200,000 and 400,000 of North Korea's 24 million people are Christians. The number is impossible to verify because most Christians cannot worship openly.