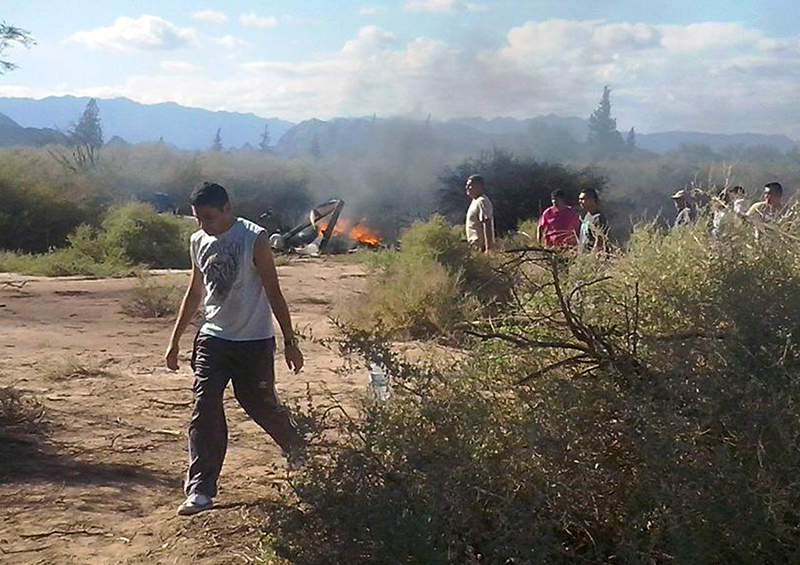 Among the dead were three French sport starts including Olympic swimmer Camille Muffat (25), yachtswoman Florence Arthaud (57) and Olympic boxer Alexis Vastine (28), according to a statement from La Rioja's government.

Authorities said it was still unclear what caused the accident in the rugged western province of La Rioja near the Andes Mountains.
"The sudden death of our fellow French nationals is a cause of immense sadness," a statement from French President Francois Hollande's office in Paris said.

It added that several members of the production company involved in shooting the adventure show "Dropped" for private TV station TF1 (TFFP.PA) were among the dead. In total, eight French nationals were killed, said authorities.

French media said filming of "Dropped" had been suspended and the crew and other contestants were heading back to France.
"The whole of French sport is in mourning because we have lost three huge champions," Sports Minister Thierry Braillard told RTL radio.

Arthaud, 57, was one of the first women to carve a place for herself in the world of sailing and in 1990 secured the record for the fastest solitary crossing of the North Atlantic, according to her publisher's website.

"There were no survivors, according to the information we have," Angulo said.

Argentina's official news agency Telam said one of the helicopters belonged to the provincial government and the other to organizers of a survival competition that had been held for three years near the village of Villa Castelli.
Last Update: Mar 10, 2015 12:31 pm
RELATED TOPICS