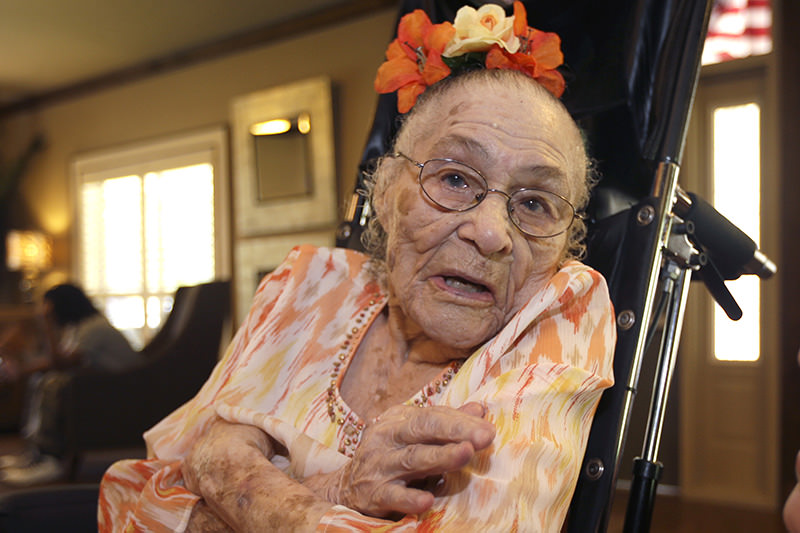 | AP Photo
by Daily Sabah Apr 02, 2015 12:00 am
Arkansas woman Gertrude Weaver has become the world's new oldest person after the death of the previous oldest person, Misao Okawa, at the age of 117.

Gertrude Weaver, 116, from Arkansas takes on the title of the "oldest living person" after Japanese Misao Okawa died of heart failure on Wednesday.

The Gerontology Research Group based in Los Angeles has announced Weaver, who will celebrate her 177th birthday on July 4, is now the oldest person of the world. She has also invited President Barack Obama to her birthday, saying she voted for him in the last two elections.

Weaver lives in a nursing home in Camden city in Arkansas and only one of her four children, who is 93 years old, is alive.
Weaver said the secret of living a long life is to believe in God, to work hard and to love everyone.