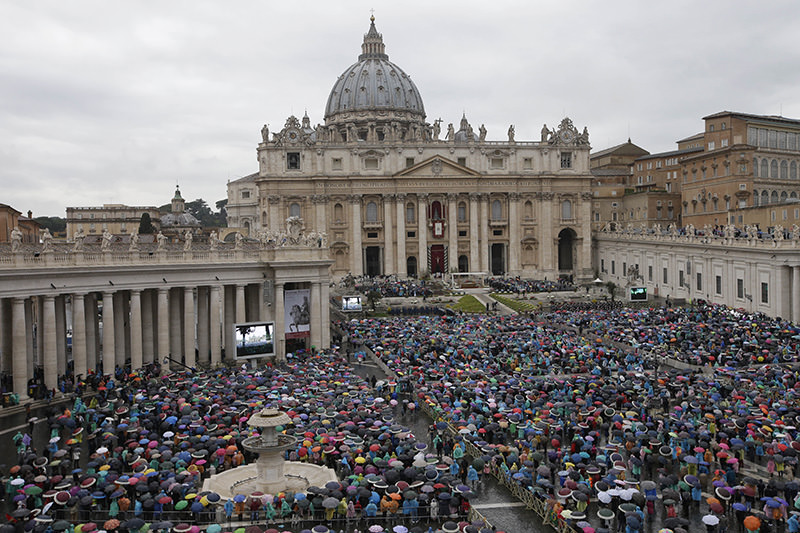 by German Press Agency - DPA Apr 05, 2015 12:00 am
Pope Francis called Sunday in his Easter message for an end to war and violence and expressed hope for reconciliation throughout the world.

Francis prayed for people caught in conflict - including those in Syria, Iraq, Libya, Yemen, Ukraine, Nigeria and South Sudan - as well as the 147 victims of an attack Thursday on a Kenyan university by the Somali terrorist group al-Shabaab.

He also expressed hope that the Iran nuclear agreement reached last week would bring "a more secure and fraternal world."

"We ask for peace, above all, for Syria and Iraq, that the roar of arms may cease and that peaceful relations may be restored among the various groups which make up those beloved countries," the pontiff told thousands of pilgrims from the central loggia of St Peter's Basilica.

He urged the international community not to stand by but help the refugees and the people caught in those conflicts.

"We implore peace for Libya, that the present absurd bloodshed and all barbarous acts of violence may cease and that all concerned for the future of the country may work to favor reconciliation and to build a fraternal society," he told the audience.

Francis also called on peace talks between Palestinians and Israelis to resume "to end years of suffering and division."