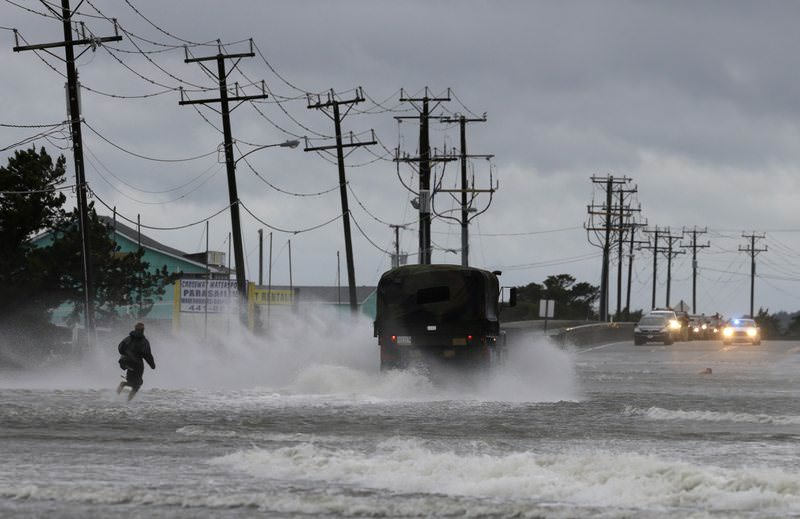 by daily sabah Apr 17, 2015 12:00 am
'Isis' has been removed from the official list of names of future hurricanes as it was now deemed inappropriate because of the eponymous militant group, the U.N.'s World Meteorological Organization (WMO) said on Friday.

As the name of an ancient goddess of Egypt, Isis had been on the WMO list of names for hurricanes in the eastern North Pacific in 2016, WMO spokeswoman Clare Nullis said.

But ISIS is also used to describe the Islamic State of Iraq and al-Sham militant group, whose forces have captured large swathes of Iraq and Syria and which stands accused by U.N. war crimes investigators of committing brutal atrocities against civilians.

The proposal by the WMO regional centre was endorsed by the WMO Hurricane Committee, composed of experts from 27 member states and territories meeting in Costa Rica this week, Nullis said. "The Hurricane Committee removed the name "Isis" from the rotating list, and agreed to replace it with "Ivette"."

"Names are knocked off the list, which rotates every six years, if they are considered inappropriate if they caused too much damage and too much death," Nullis said.

She added that this was not the case with Isis.

But the Hurricane Committee also backed Mexico's request to retire the name "Odile" and decided on "Odalys" as its replacement to be used for the 2020 season, she said.