The pope and Germany selective of tragedies, political analyst says 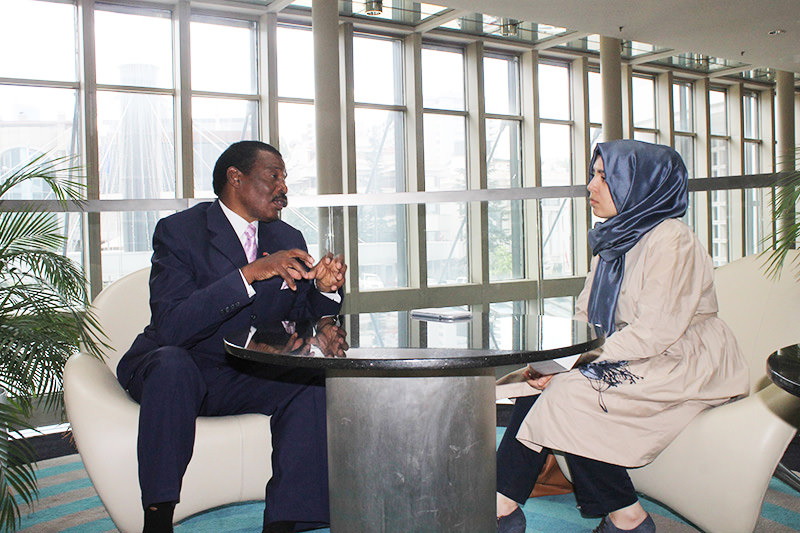 by Merve Aydoğan May 14, 2015 12:00 am
Following discussions in the German parliament to officially label the 1915 incidents as genocide as well as Pope Francis's reference to the same incidents as genocide during a Mass in the Armenian Catholic rite at St. Peter's Basilica, Germany's recognition of the Herero and Nama genocide has re-emerged. Speaking exclusively to Daily Sabah, Professor Joseph B. Diescho of Namibia, a prolific author, a political analyst and an expert in African politics and constitutional democracy, underlined that the "first real experience of genocide in modern history was in the south of Namibia, by the Nama and Herero communities who were resistant to the German occupation" that took place between 1904 and 1907. Diescho also said "the pope's remarks on the 1915 incidents were simply incorrect."

Mass killings in colonial Africa in the early 20th century, and more significantly, the attempted and systematic killings of the Nama and Herero people in Namibia complies with the definition of genocide. As Diescho described, an official decree, the extermination order, was issued by the German commander, explicitly ordering the extermination of the entire Nama and Herero communities.

Diescho said: "Historically, Germany has not dealt with the issue very well. They did not want to deal with the truth; they wanted to deny it … The difficulty is that when you speak of genocide and you accept it as genocide, there are consequences." He further added that even though Germany has accepted it as genocide, as it is already recognized by the definition of international law, he underlined that Germany does not know how to deal with the consequences. As discussions must be held between the two governments' officials, Diescho said: "It is encouraging to Germany to accept it as genocide and willing to move forward."

In regard to the recent statement by the pope regarding the 1915 incidents, Diescho said historical records do not prove that what happened was genocide, and added that in order for any incident to qualify as genocide there are certain characteristics, certain requirements that must be met. He also underlined that no records have indicated Turks targeted Armenians in an intention of execution and that what happened was part of war.

"The brief that the pope has received was incomplete and inadequate. I am sure he will accept this correction that the first model of genocide in modern history was in Africa, [in] Namibia. The pope and the Vatican are disregarding the mass killings in Africa, as it's typical of the Catholic Church to be selective of what they want to address," he added.

Commenting on the effect of the colonial period with respect to nation-building in Namibia, Diescho said: "The Africa we know today is a consequence of European adventurism. It was the Europeans who gathered together in Berlin in 1884 and they continued until 1885. The purpose was to recreate Africa in their own image." Underlining that "out of the bad dark past something good came that allowed Africans to understand the world better," Diescho said that Africa is very excited about Turkey as it is viewed as "the new kid on the block, the new brother, sister who understands what went wrong and how we can correct it." He said: "We learn from Turkey how to move out of dogma to become secular. Turkey does not disrespect other peoples' beliefs, but it goes by Republican laws and everybody is equal and we are learning that from Turkey. We want to learn the process of nation building from Turkey."

Diescho is the executive director for the Namibia Institute of Public Administration and Management (NIPAM) and a prolific author and political analyst. He campaigned at the United Nations for an independent Namibia and a democratic dispensation in South Africa. His areas of expertise and teaching include strategic leadership, corporate and public relations, research and policy analysis, transformational issues and diversity management as well as African politics and constitutional democracy.
Last Update: May 14, 2015 6:20 pm
RELATED TOPICS