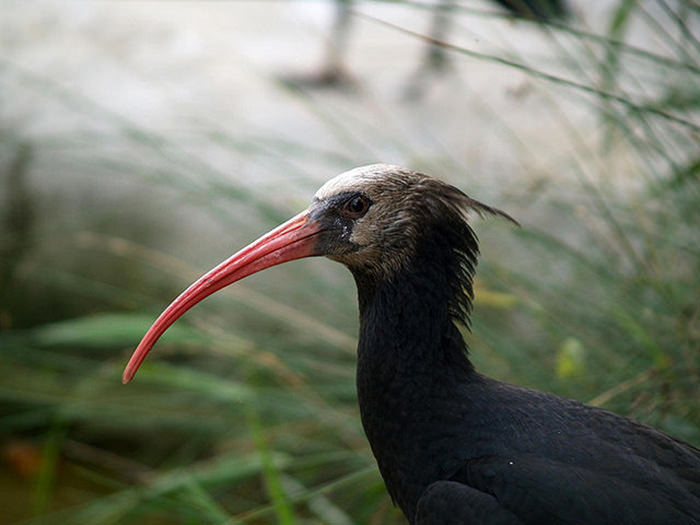 |(Wikipedia Commons Photo)
by Daily Sabah May 25, 2015 12:00 am
The Syrian government has announced that it will pay $1000 reward for those who find an extremely rare bird, bald ibis, in danger of becoming extinct in Syria, as the self-proclaimed Islamic State in Iraq and al-Sham (ISIS) took over Palmyra, a historic ancient city which housed four of the protected birds.

One of the birds which were held captive are now lost, as their guards fled Palmyra and abonded the birds after ISIS militants invaded the site last week, BBC reported. The lost bird is the only bird that knows the species' migration route to Ethiopia.

The northern bald ibis is a migratory bird found in barren, semi-desert or rocky habitats, often close to running water, and historically extended throughout North Africa – Morocco - and into the Middle East – mostly in Turkey and Syria. Currently, there is a site also in Birecik, a southeastern province of Turkey, in addition to Palmyra, Syria.