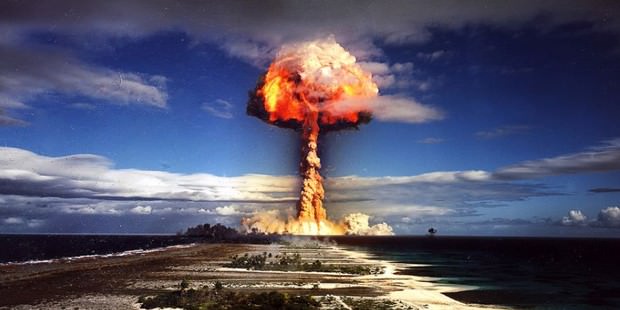 by Jun 15, 2015 12:00 am
World stockpiles of nuclear warheads dipped to 15,850 this year, mainly due to cuts by the United States and Russia, a Sweden-based peace research institute said Monday.

However, the two nuclear superpowers and the seven other countries with nuclear weapons continued to modernize their arsenals, the Stockholm International Peace Research Institute (SIPRI) reported.

The number of warheads fell by 500 compared to 2014. The overall estimate included warheads that were active, in storage or ready to be dismantled.

In SIPRI's view, "the good news is that the overall decline in the number of nuclear weapons continues," SIPRI researcher Shannon Kile told dpa.

"The bad news is that all the countries that have nuclear weapons are committed to retaining them for the indefinite future, and are either modernizing or building new systems," he added.

The US and Russia accounted for about 90 per cent of the world's nuclear arsenal. The US had an estimated 7,260 warheads, while Russia had 7,500.

The think tank calculated that the US, Russia, Britain and France had about 4,300 operational nuclear weapons, of which roughly 1,800 were at a high state of alert.

Nuclear weapons are "still the central pillars of the national security strategies" of the nine countries that have them, Kile said.

The US is, for instance, upgrading production facilities for nuclear weapons, where some date back to the 1960s.

The report was based on open sources, including governments such as the US and Britain, which are relatively transparent about their arsenals, while the other states are "more opaque," Kile said.

Information about nuclear arsenals "is considered to be national security at the highest level" in China, India and Pakistan, he said.

As part of its estimates, SIPRI also assessed each country's ability to produce fissile material for military use.

India was estimated to have about 90 to 110 nuclear warheads, Pakistan between 100 and 120. Both countries were developing missile delivery systems. Israel's stock comprised 80, according to SIPRI.