Resolution on children and armed conflict adopted by UN 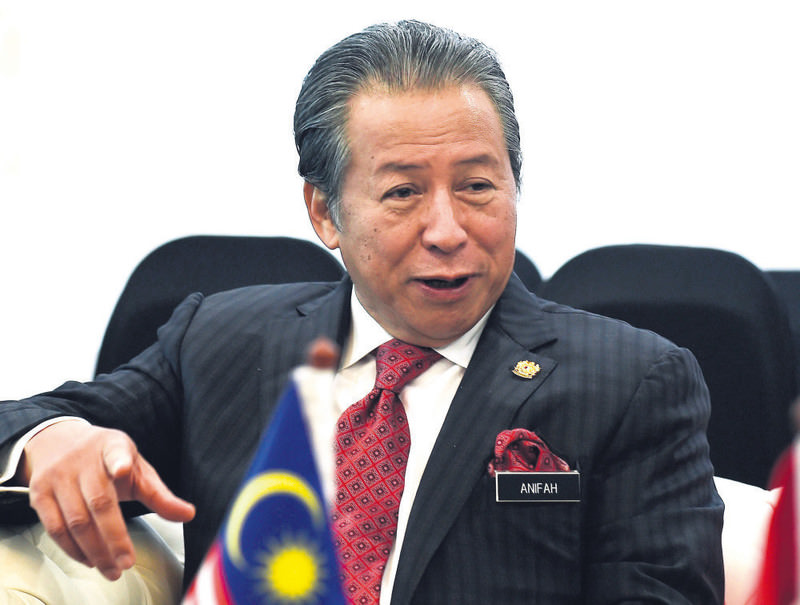 by Manik Mehta Jun 22, 2015 12:00 am
As nations become embroiled in armed conflict, the biggest casualties are, invariably, civilians and particularly children who are not only uprooted from their homes and civil life but are also subjected to abduction, lack of education, forced recruitment into wars and indoctrination for lethal attacks, including suicide bombings. The fate of abducted minor girls is equally bad or even worse: they are sold into sexual slavery to fighters and are condemned, together with their infants and young children, to live in utter misery and bondage.

Against this backdrop, Malaysia has initiated an "open debate" during its ongoing presidency of the United Nations Security Council for the month of June in order to draw attention to the issue of children and armed conflict.

Malaysian foreign minister Anifah Aman, who was in New York to preside over the "open debate," emphasized that the protection of children in armed conflict is the joint responsibility of all concerned, pointing out that there were many challenges such as those in Yemen, Iraq and Palestine where children are losing their lives as a result of airstrikes and the use of explosive weapons in densely populated settings.

"Children in South Sudan and Somalia continue to be recruited in large numbers by armed groups and militias," he said, adding that children abducted by violent extremist groups such as Boko Haram and the Islamic State of Iraq and al-Sham (ISIS) are "forced into sexual slavery, coerced or brainwashed to inflict bloodshed, including as suicide bombers, combatants and executioners."

The increasing abductions perpetrated primarily by non-state armed groups such as Boko Haram and ISIS are "grave and disturbing." Because the use of abduction by violent extremist groups as a terror tactic against local communities and minorities is an acute concern that cannot be easily addressed using available tools or mechanisms, "… the unanimous adoption of Resolution 2225 … is important as it underscores our unified stance in denouncing the abduction of children".

Resolution 2225 denouncing the abduction of children, which was tabled by Malaysia and sponsored by 56 member states, was unanimously adopted during the UNSC session on June 18.

Anifah also called on providing proper training to U.N. security forces and peacekeeping missions to proactively respond to situations where children are at risk of abduction and other grave violations. He made it clear that reintegration of children is a long-term effort requiring collective responsibility of all stakeholders, including the international community.

"Strengthening the monitoring and reporting on abductions as well as identifying perpetrators will contribute to ensuring accountability," Anifah continued. "… We must also ensure that security forces and peacekeeping missions are trained and equipped to proactively respond to situations where children are at risk of abduction and other grave violations."

Speaking to Daily Sabah after the "open debate," Anifah also touched on another disturbing phenomenon that has shaken the international community – the increasing incidents of attacks on schools and hospitals as well as the military use of schools by both state and non-state armed groups, which denies thousands of children access to education and healthcare. He announced Malaysia's endorsement of the Safe Schools Declaration adopted on May 29, 2015 in Oslo, Norway.

Accountability is a serious issue and "cannot go unaddressed," as it is a vital component of a comprehensive approach to child protection. He expressed dismay that the credibility and integrity of the mechanism – the Security Council framework for children and armed conflict and various tools to ensure accountability and compliance by parties to conflict, including through the listing mechanism of the annual report – were questioned this year, reflected in the killing of 500 Palestinian children and injury to over 1,000 children during last year's 50-day war in Gaza. These, he emphasized, were the "direct result of Israeli attacks."

Addressing reporters, he said that the open debate had provided Malaysia with a platform to discuss the recently published annual report of the Secretary General on children and armed conflict (CAAC).

Anifah reiterated that armed conflicts have an undue impact on children, and "we recognize the need to continue deliberations on commitments that would translate into actions and measures to end grievous consequences and sufferings of children," with an "alarming rise" in abductions from 500 to over 2,400 cases in 2014.

Anifah pointed out that the U.N. recognized six "grave violations" against children as especially egregious, including the recruitment and use, killing and maiming, rape and other forms of sexual violence, and violence and attacks against schools and hospitals, and that the open debate had achieved its intended aims and "enriched discussions", among others, on accountability measures and mechanism.

U.N. Secretary General Ban Ki-moon, who attended the "open debate," also reminded the international community that protecting children was a "moral imperative and a legal obligation," with 2014 being one of the worst years in recent memory for children in countries torn apart by conflict. The international community faced the responsibility of "upholding the fundamental rights of tens of millions of children", Baan said.

"We have seen crises multiply and intensify, making protection more and more difficult. Grave violations against children have been an affront to our common humanity in the Central African Republic, Iraq, Nigeria, South Sudan and Syria."

Alarmed at the suffering of "so many children" as a result of "Israeli military operations in Gaza last year," the U.N. chief urged Israel to take concrete and immediate steps, including "by reviewing existing policies and practices," to protect and prevent the killing and maiming of children, and respect the "special protection" for schools and hospitals.

The shocking number of abductions by ISIS and Boko Haram, according to Ban, should not conceal the fact that this practice prevails in many other situations and is perpetrated by a great range of other non-state armed groups.

Ban also encouraged governments represented in the UNSC to redouble their efforts to implement the goals of the "Children, Not Soldiers" campaign launched last year by his Special Representative for Children and Armed Conflict, Leila Zerrougui, who gave an update on the abduction of children and armed conflict, saying that important steps were taken in 2014 in Afghanistan, Myanmar, the Democratic Republic of Congo (DRC) and Somalia towards ending the abduction of children.

But Zerrougui also said that as conflicts spread and intensified last year, some 230 million children currently live in countries impacted by fighting and unrest; more than five million others are fleeing war zones.

With "appalling impacts" on the welfare of children being felt from Africa to the Middle East and beyond, the findings set out in the Secretary-General's annual report "should not just shock us…this is a call to action for us all," she said, emphasizing the need to assess obstacles and assist children that fall victim to a raft of conflict-related ills, including extremist violence, abduction, sexual exploitation and deprivation of liberty.