Foreign ministers back to Vienna to clinch Iran nuclear deal 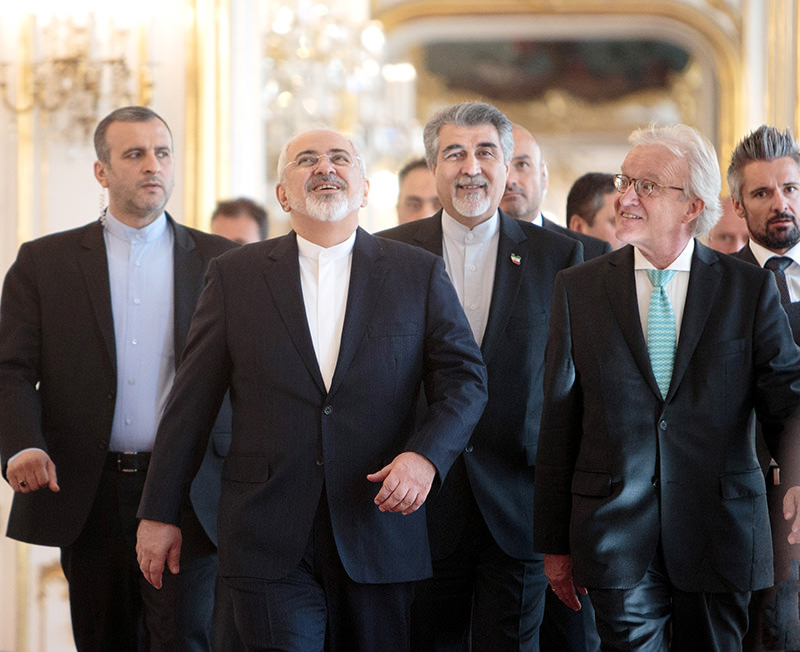 Iranian Foreign Minister Mohammad Javad Zarif (2-L) prior a meeting with Austrian President Fischer (not pictured) in Vienna, Austria, 03 July 2015 (EPA Photo)
by Jul 05, 2015 12:00 am
Foreign ministers from major powers were set to return to Vienna on Sunday for the final round of negotiations with Iran to end a 12-year dispute over Tehran's nuclear program.

The ministers will join Iranian Foreign Minister Mohammad Javad Zarif and US Secretary of State John Kerry, who have been negotiating nearly all of the past week, along with senior diplomats from Iran and the group of Britain, China, France, Russia, the United States and Germany.

Iranian Deputy Foreign Minister Abbas Araghchi said Saturday that many disputed points had been resolved over the past days.

"Our job is finished and now it's the turn of the ministers to do the rest," he told Iranian state broadcaster IRIB.

Iran and the group of six aim to conclude a deal by Tuesday.

The long-term pact would require Iran to dismantle part of its civilian nuclear equipment and reduce its stock of nuclear material, in order to prevent the country from building nuclear weapons.

Araghchi said one of the main remaining problems was to define the exact sequence and timing of Iran's nuclear steps and the lifting of sanctions that the world powers have promised in return.

Iranian President Hassan Rowhani has promised voters to get crippling economic sanctions lifted quickly. His negotiators are therefore under pressure to come up with a solution that translates into rapid positive effects for the domestic economy.
Last Update: Jul 05, 2015 3:05 pm
RELATED TOPICS