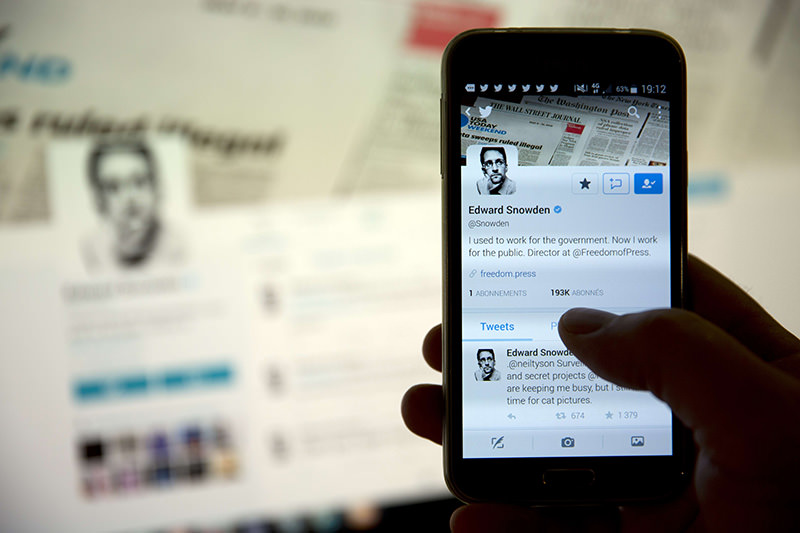 by Associated Press Sep 30, 2015 12:00 am
Edward Snowden, who has confounded U.S. officials since his abrupt departure from the country two years ago, has just found a new megaphone in Twitter.

Snowden is currently living in exile in Russia. He faces charges in the U.S. that could land him in prison for up to 30 years.