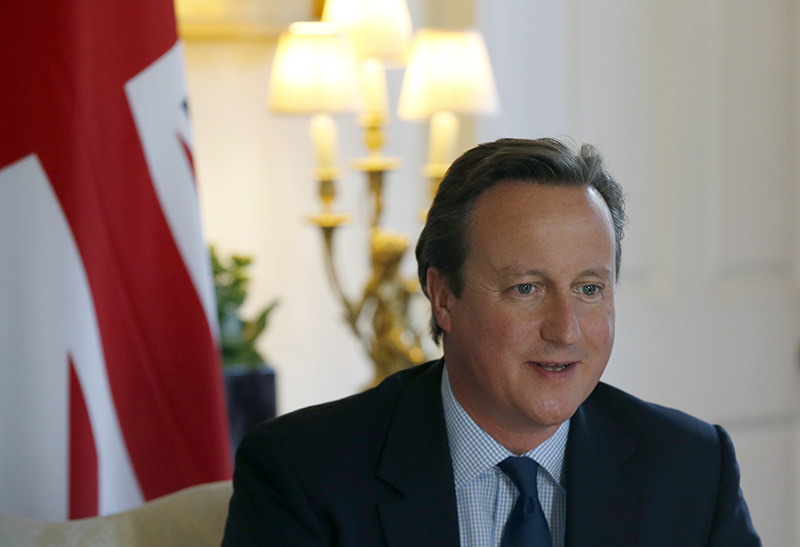 Cameron's remarks were delivered from his Oxfordshire constituency ahead of the ruling Conservative Party's conference in Manchester.

The prime minister said Russian forces did not make any distinction between Daesh militants and those fighting the Syrian regime forces.

"It's absolutely clear that Russia is not discriminating between ISIS [Daesh] and the legitimate Syrian opposition groups and, as a result, they are actually backing the butcher Assad and helping him," he said.

Cameron added: "But we should be using this moment now to try to force forward a comprehensive plan to bring political transition in Syria because that is the answer for bringing peace to the region."

Only one in 20 Russia airstrikes have targeted Daesh forces in Syria, the U.K.'s defense chief claimed earlier on Saturday.

Secretary of State for Defence Michael Fallon told The Sun newspaper that "unguided" bombing raids were not hitting the extremist rebel group.

Fallon said: "We're analyzing where the strikes are going every morning. The vast majority are not against IS [Daesh] at all."

"He [Russian President Vladimir Putin] is shoring up Assad and perpetuating the suffering."

Fallon also said Russian involvement had "complicated the situation," adding that Putin's actions would not stop the U.K. from widening Royal Air Force assaults on Daesh.

Saturday's remarks are the strongest U.K. criticism yet of Russia's intervention in war-torn Syria.

The U.S. and several of its allies, including Turkey and Saudi Arabia, issued a joint statement Thursday expressing concern over the bombing campaign.
Last Update: Oct 04, 2015 1:50 pm