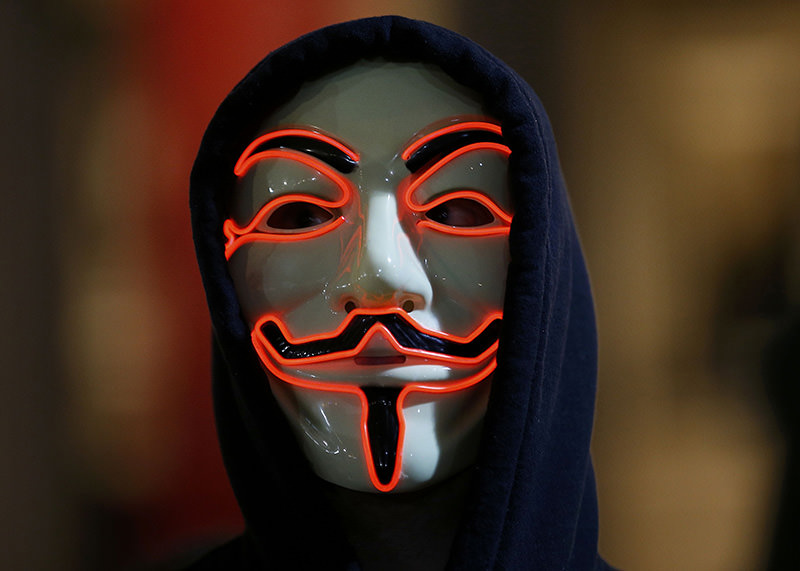 by Nov 17, 2015 12:00 am
The hacker group Anonymous claimed on Tuesday to have taken out 5,500 Twitter accounts linked to the DAESH terrorist group, which claimed responsibility for the Paris attacks.

The loosely organized hacking collective made the claim in a tweet one day after launching #OpParis campaign, which stepped up an earlier effort to shut down social media accounts of the organization.

"We report that more than 5500 Twitter account of #ISIS[DAESH] are now #down! #OpParis #Anonymous #ExpectUs," said a tweet posted on Tuesday which followed a video message posted Monday.

It was not immediately clear how the accounts would have been disabled. But the hacker group said it posted the accounts to an online forum labeling them as #daeshbags.

In an apparent riposte, a message posted via the messaging service Telegram calls on DAESH affiliates to secure their Internet communications.

"The #Anonymous hackers threatened… that they will carry out a major hack operation on the Islamic state [DEASH] (idiots)," the message said.

Anonymous has waged a long-running campaign against the DAESH but stepped up the effort following the attacks last Friday in the French capital.
Last Update: Nov 17, 2015 8:19 pm
RELATED TOPICS