While DAESH under spotlight, Boko Haram holds the ‘deadliest’ title in 2014 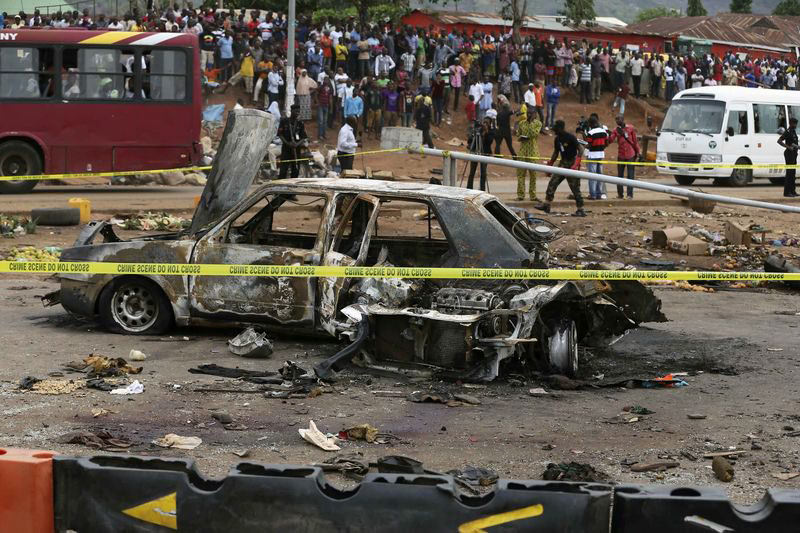 by Daily Sabah with AFP
Nov 17, 2015 12:00 am
The number of people killed globally in terrorist attacks jumped 80 percent last year to the highest level ever recorded, the Institute for Economics and Peace said Tuesday.

The Global Terrorism Index found that 32,658 people were killed by terrorists in 2014, up from the 18,111 fatalities of the previous year, the largest increase on record.

The study defines terrorism as "the threatened or actual use of illegal force and violence by a non-state actor to attain a political, economic, religious, or social goal through fear, coercion, or intimidation".

Nigeria-based Boko Haram and DAESH terror organizations were responsible for more than half of the deaths, according to the study, which measures attacks, deaths and damage from terror attacks in 162 countries. Boko Haram was responsible for 6,644 terrorism deaths in 2014, whereas DAESH killed 6,073 people. However, DAESH was also responsible for additional 20,000 deaths in the battlefield.

"Terrorism is gaining momentum at an unprecedented pace," said Steve Killelea, the executive chairman of the Institute of Economics and Peace, which produces the study. The increase followed a 61 percent rise in 2013.

The study found that terrorism was highly concentrated, with the five countries of Afghanistan, Iraq, Nigeria, Pakistan and Syria accounting for 78 percent of deaths last year. Iraq was the worst affected with 9,929 deaths from terrorism, suffering both the highest number of attacks and the most fatalities from terrorism ever recorded by a country. Meanwhile, 95 of the total 162 countries included in the study experienced no deaths from terrorism in 2015. However, 93 countries experienced a terrorist incident in 2014, increasing from 88 in 2013.

The biggest rise in fatalities from terrorism however was in Nigeria, which saw an increase of over 300 percent in deaths to 7,512.
Western states were much less at risk from attacks, which were most likely to be perpetrated by lone wolves driven by political extremism, nationalism or racial and religious supremacy rather than Islamic fundamentalism, according to the study, which account for 80 percent of deaths. "Excluding the September 11 attack, only 0.5 per cent of deaths from terrorism have occurred in the West since 2000. Including September 11, the percentage reaches 2.6" the study said, pointing out to the imbalanced reactions on terror attacks.

Britain suffered greatest number of terrorist incidents in the West, mostly relating to Irish republican paramilitaries in Northern Ireland, it found. Nevertheless, attacks claimed by DAESH in Paris that killed at least 129 last week could prove to be a milestone, according to Killelea. "The Paris incident in many ways is a watershed within Europe. It shows that DAESH has the capabilities to be able to launch sophisticated and deadly attacks in Europe," Killelea said.

He warned that foreign fighters who had travelled to Iraq and Syria, estimated to number between 25,000 and 30,000 since 2011, could prove a risk. "The returning fighters from Syria will have the military training," Killelea said. "The tactics of DAESH are changing. They are targeting more private citizens. It's difficult - taking the time frame forward two years - to see the Isis threat disappearing."

The study estimated that the economic cost of terrorism amounted to $52.9 billion, the highest ever level and a tenfold increase since 2000.

Nonetheless, the victims of terrorist attacks were 13 times less than 437,000 victims of homicide in 2014, the study said.