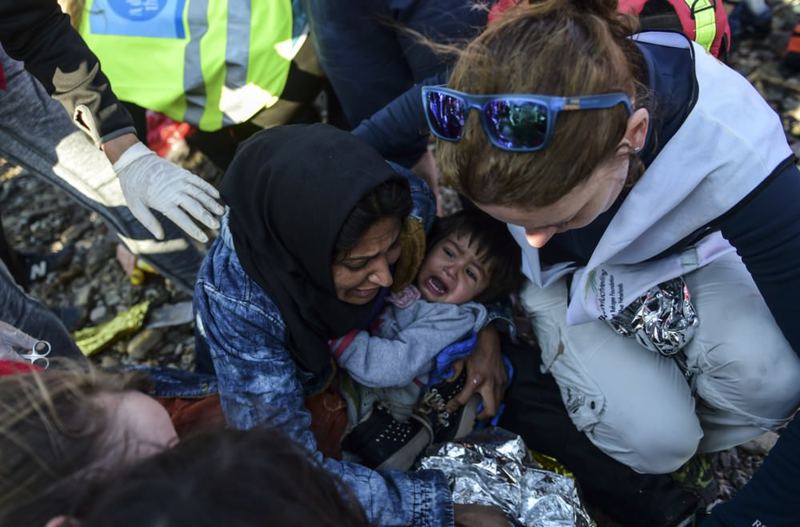 by Daily Sabah with AP Dec 03, 2015 12:00 am
Ertharin Cousin, the head of the World Food Program, warned Wednesday that hunger linked to climate change may worsen mass migrations, and is hoping for an ambitious international accord to slow global warming. Cousin told The Associated Press that people "will move if they don't have enough to eat." Speaking yesterday at the climate talks in Paris, she said "food insecurity anywhere is a security challenge everywhere." Cousin said the U.N. food agency cannot fulfill its promises to eradicate hunger without a global climate accord. Man-made global warming is causing worsening droughts and floods that are threatening traditional food sources, she said especially in the poorest countries, where hunger is already a top problem.

Natural disasters also forced at least 19.3 million people to flee from their homes last year. According to the Geneva-based Internal Displacement Monitoring Center, 90 percent of these natural disasters were related to weather events.

Most have stayed within their own countries, including millions displaced in the South Asian delta nation of Bangladesh. But as their numbers rise, more will feel compelled to cross international borders in search of safe haven. They could end up in a state of a legal limbo with no rights or guaranteed help.

A study in November suggested 470 million to 760 million people worldwide could lose their land to rising seas in this century if global warming is allowed to continue unchecked. The study, by the nonprofit research and news organization Climate Central, looked at global population data and sea rise projections. Some countries like Bangladesh and the Philippines stand to lose large portions of land; some small island nations like the Marshall Islands or the Maldives could effectively disappear.

The U.S. Department of Defense has called climate change "an urgent and growing threat to our national security, contributing to increased natural disasters, refugee flows, and conflicts over basic resources such as food and water," according to a report this year.

However, climate change is not enough for someone who seeks refuge. One should be forced to leave their home countries because of war, persecution or other violence in order to apply for refugee status. Therefore, those who flee home because of natural disasters will lack protection under the UN High Convention for Refugees and can be sent back to their countries of origin without an interview. The issue may remain unresolved during the two-week summit in Paris which is aimed at hammering out a new treaty to limit global warming and deal with its effects. The U.S. is among the countries that oppose addressing migration issues in the treaty.

"This is actually becoming a fast-developing disaster," said Harjeet Singh, the international policy manager for the advocacy group Action Aid International. "The world is still not talking enough about the climate migration that is going to happen." "What's happening now in Europe with all these refugees will be a small thing compared to what will happen when climate change takes effect," Marshall Islands President Christopher Loeak told The Associated Press in his nation's capital of Majuro. Yet, many of them believe rich nations should shoulder most of the responsibility.

"The U.N. protocol on refugees has to be revised, and responsibility for climate change migrants has to be taken by the developed countries, who are responsible for climate emissions," said Rezaul Karim Chowdhury, head of a Bangladeshi organization that aims to help people affected by climate change called COAST.

The UN High Commissioner for Refugees' definition for a refugee is "someone who, owing to a well-founded fear of being persecuted for reasons of race, religion, nationality, membership of a particular social group or political opinion, is outside the country of his nationality, and is unable to, or owing to such fear, is unwilling to avail himself of the protection of that country."
RELATED TOPICS