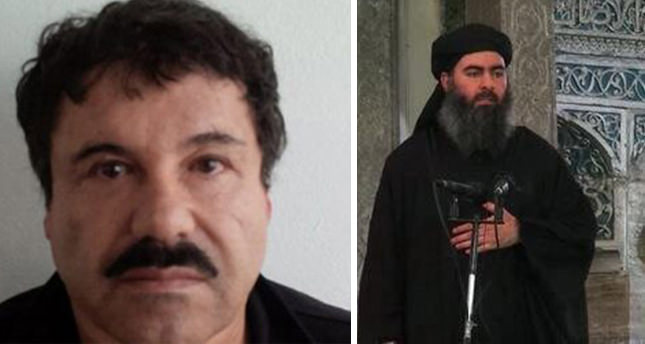 by Daily Sabah Dec 11, 2015 12:00 am
As one of the 'most wanted' mobsters, drug lord Joaquin "El Chapo" Guzman, has reportedly threatened Daesh saying if the group does not stop intervening his drug shipments going through regions under the terrorist group's control in the Middle East.

"I pity the next son of a whore who tries to interfere with the business of the Sinaloa cartel. I will have their hearts and tongues torn from them," El Chapo reportedly said in an email sent to Daesh leader Abu Bakr al-Baghdadi.

The encrypted e-mail, which was leaked through a blogger claiming to a have ties with El Chapo's group.

The drug lord escaped prison earlier this year and his whereabouts is not known since then. The message is believed to be sent through his son who also one of the top names running the Sinaloa cartel.
Last Update: Dec 11, 2015 2:56 pm
RELATED TOPICS