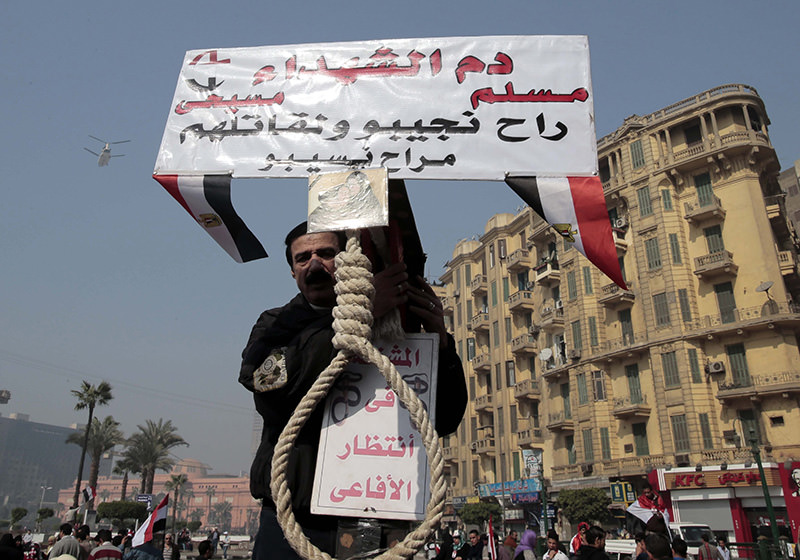 Amnesty International reports that there was a dramatic 54 percent increase in executions globally in 2015, with Iran, Pakistan and Saudi Arabia responsible for nearly 90 percent of the killings.

The human rights organization said that the figure of at least 1,634 people executed last year up from 1,061 in 2014 does not include executions in China where data on the death penalty is considered a state secret. 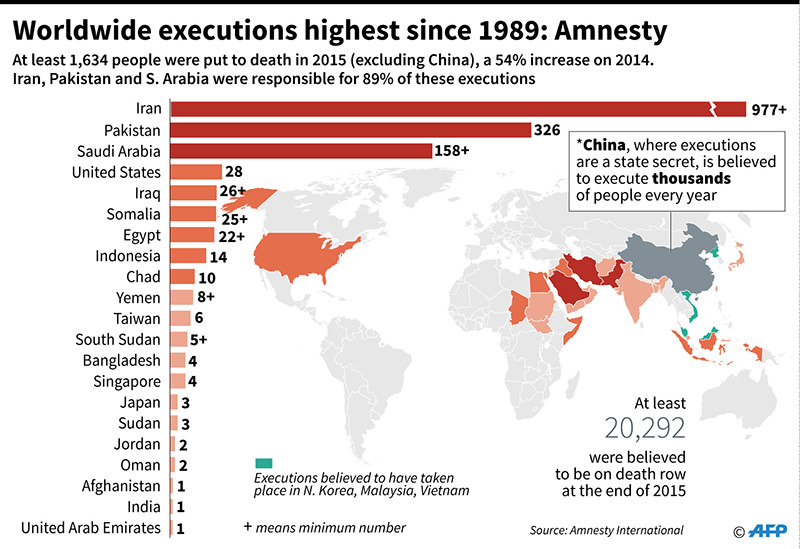 Amnesty International's Secretary General Salil Shetty told several reporters on Tuesday that for China "our estimate is that they execute as much as the rest of the world."

He said China is currently reviewing crimes punishable by the death penalty so there is "a slim ray of hope" that the number of executions may be reduced.

On the upside, Shetty said, four countries abolished the death penalty for all crimes in 2015 Republic of Congo, Fiji, Madagascar and Surinam bringing the global total of countries now banning executions to 102.

Other countries have also made progress: Mongolia is set to abolish the death penalty this year, China and Vietnam reduced the number of offenses that can be punished by death, and Malaysia announced legislative reforms to review the country's mandatory death penalty laws, Amnesty said.

"The overall trend is very clear," Shetty said, "more than half the world's nations have abolished the death penalty."

According to the report, the number of executions recorded in Saudi Arabia increased by 76 percent to 158. Executions in Iran rose 31 percent to 977. and the 326 executions in Pakistan were the highest ever recorded by Amnesty International.

Amnesty said it received information that both Iran and Pakistan executed people in 2015 who were under the age of 18 when their crimes were committed, and it said juveniles face the death sentence in several other countries.

In the United States, 28 people were executed in 2015, nearly half in Texas, the most active death penalty state, which put 13 people to death, the report said. Missouri executed six people, Georgia five, Florida two and Oklahoma and Virginia one each. Amnesty said 60 percent of those executed were black or Hispanic, double their percentage in the population.

On the plus side, Amnesty pointed to the governor of Pennsylvania establishing a moratorium on executions last year and the legislature in Nebraska overriding the governor's veto of a bill abolishing the death penalty.