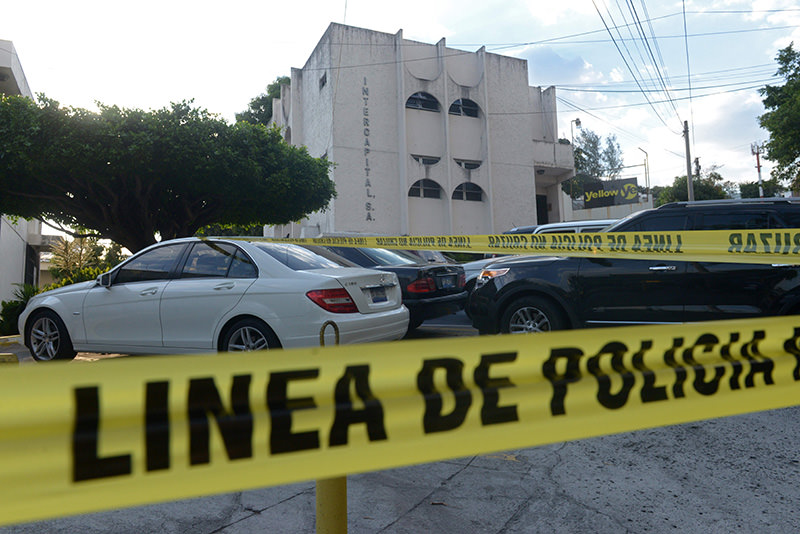 View of the building where the mossack Fonseca offices are located during a police raid in San Salvador on April 8, 2016 (AFP Photo)
by Apr 09, 2016 12:00 am
The founding partner of Mossack Fonseca, the Panamanian law firm hit by a huge leak of offshore financial data, told a German newspaper his company had not yet been approached by anyone as part of investigations.

Ramon Fonseca also said the release of more than 11.5 million company emails was the result of hacking from a computer overseas rather than an inside job and that he knew which country the hacker attack had come from but was not allowed to disclose it. He had told Reuters on Tuesday the firm was a victim of a hack from outside.

"We're the ones who have filed a complaint with the authorities," Fonseca told Bild newspaper's Saturday edition.

"Every time there's something in the newspapers, the authorities announce they'll launch investigations. We're fully cooperating but we haven't been contacted by anyone yet."

Panama said on Wednesday that an independent commission would review the country's financial practices following the leak of information that has embarrassed a clutch of world leaders and forced Iceland's prime minister to resign.

Fonseca, who was a senior government official in Panama until March, said "thousands of lawyers around the world" were doing the same "completely legal" work as Mossack Fonseca, which specialises in setting up offshore companies.

Most of the offshore firms are in jurisdictions other than Panama, including Britain, the United States and the British Virgin Islands, Fonseca said.

"So why us? We see it like the biblical story of David and Goliath. Everyone has the right to privacy. Perhaps God chose us to fight for this fundamental human right or perhaps I'm mistaken," he added.