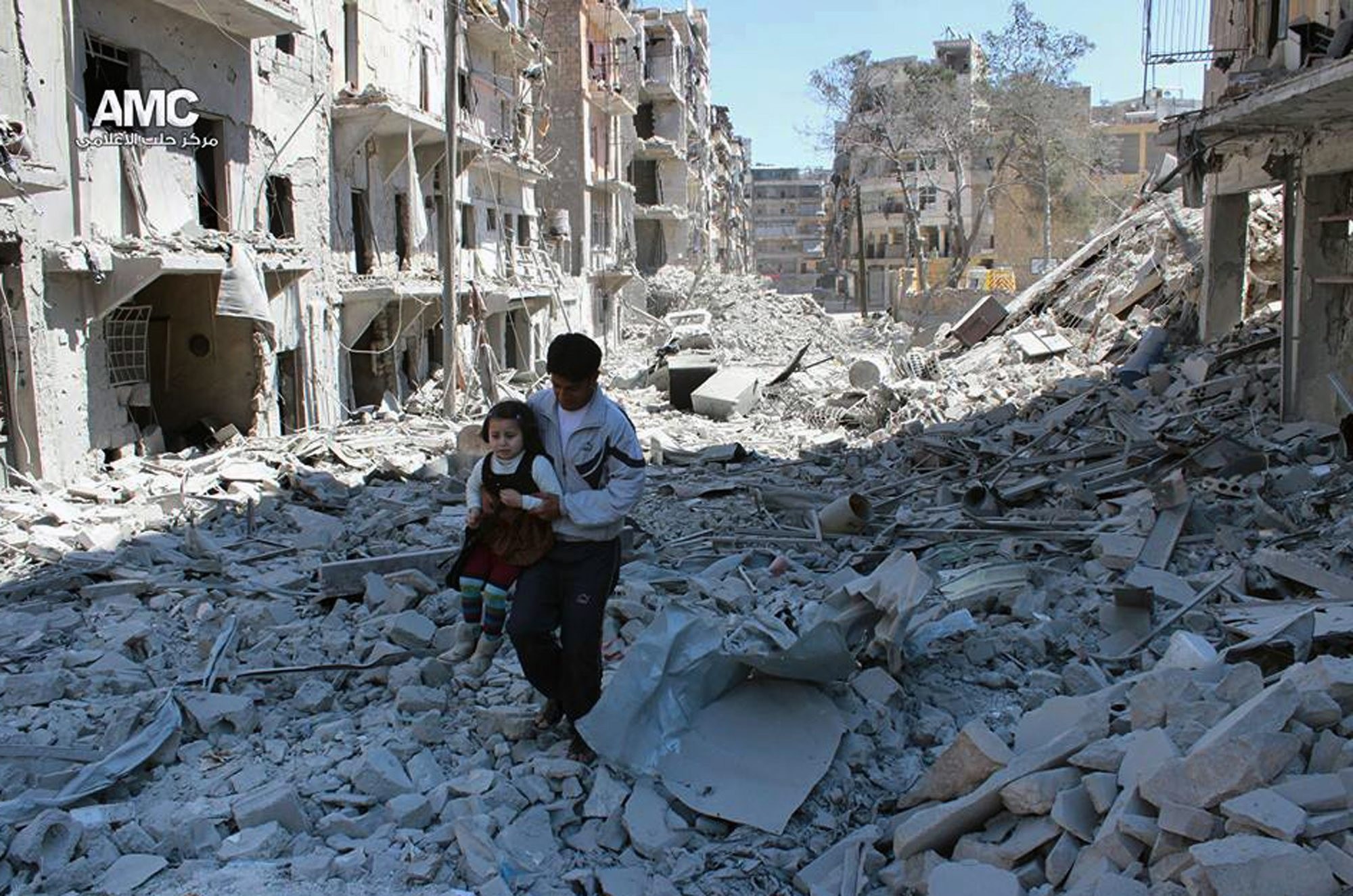 At least 42 civilians including five children were killed in regime, Russian and US-led coalition air strikes in northern Syria on Wednesday, a monitor said.

Seven of those died in regime raids on a bus on the Castello road, a key supply route for the rebels out of the divided provincial capital of Aleppo city, Observatory chief Rami Abdel Rahman said.

Air strikes by the US-led coalition killed a further six civilians in Aleppo's Manbij town and 10 in Raqa city in the province of the same name, both held by Daesh, he said.

The international coalition fighting Daesh on Wednesday said it had conducted 18 airstrikes near Manbij, which is located some 20 miles (30 kilometres) west of the Euphrates river.