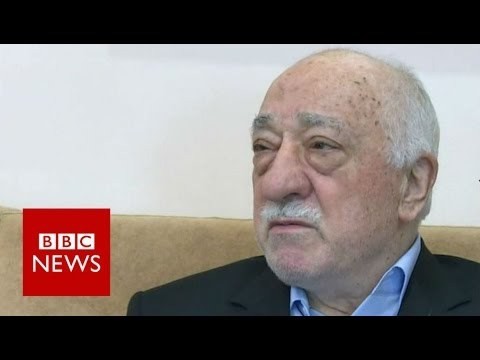 Turks living in the U.K. have slammed the BBC for its "inaccurate" coverage following the July 15 coup attempt in Turkey.

Business owner Mustafa Demir, 43, said he and his family were devastated when they heard BBC's coverage of the events unfolding in their country Friday night.

"When we realized that the attempted coup have failed and news that was given by BBC, we were very frustrated and we as a family went to the British BBC headquarters at the Regent Street. Among the protesters there were about five, six hundred citizens, who all shared the same emotions as I did," Demir said.

He added he felt proud to be a Turkish citizen when they saw millions of people coming out on the streets of Turkey on the night of the failed coup.

Tolga Gunduz, who has been living in the U.K for more than 25 years, said he wanted to cry when he saw protesters in Turkey lying in front of tanks to defend their country. "I wanted to be there as well," Gunduz said.

He criticized the BBC for trying to create "panic."

"They don't understand what was going on in Turkey and they didn't know what was happening," he added.

Ali Riza Budak, a 41-year-old chef, said the BBC should be ashamed of itself.

"BBC has started making news about our country, we know that they always trying to pull something on us but it's annoying. They should be ashamed of themselves," Budak said.

He said the moment they heard about the coup attempt in Turkey, his family bought plane tickets to the country in order to be with the Turkish people on the streets. However, the flights were cancelled.

"We got our flight tickets and everything to go back home and support everybody. Even if I know I was going to die at least I want to die in my country," he said.

The deadly coup attempt began on late hours of July 15 when rogue elements of the Turkish military tried to overthrow the country's democratically-elected government, killing at least 246 people and injuring more than 2,100 others.

The government said the attempted coup was organized by followers of U.S.-based preacher Fetullah Gulen, who leads FETO.

Gulen is accused of a long-running campaign to overthrow the state through infiltrating into Turkish institutions, particularly the military, police and judiciary, forming a 'parallel state'.