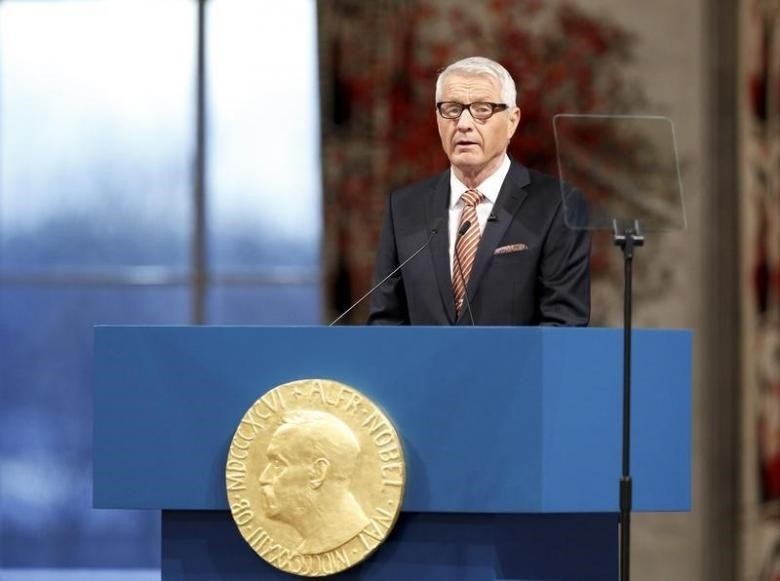 The Colombia peace process was long tipped as a strong contender, but chances faded when voters in the South American country recently rejected the peace deal.

Another international treaty that instead could win the prize worth 8 million kronor (930,000 dollars) is the agreement between Iran and six world powers aimed at limiting Tehran's nuclear capabilities in exchange for lifting sanctions, observers told dpa.

Russian human rights activist Svetlana Gannushkina has received mention for her work with refugees and migrants that highlights "one of the most pressing issues in our time," said Kristian Berg Harpviken, director of the Peace Research Institute Oslo, who is not affiliated with the peace prize.

Greek islanders who have aided migrants in their trek to Europe across the Aegean belong to the same category.

The White Helmets, a volunteer rescue group in Syria, could serve to show how civilians affected by conflict have been forced to take matters in their own hands.

The fate of women targeted in conflict and subjected to mass rape has been raised by Congolese physician Denis Mukwege, who has been nominated several times.

Mukwege could share the award with Nadia Murad Basee, a young Yezidi woman from Iraq who has testified before the UN Security Council on torture and sexual slavery at the hands of the Daish terrorist group, historian Asle Sveen said.

A surprise pick cannot be ruled out as only a few of the 228 individuals and 148 organizations submitted have been made public by nominators. Nominations are sealed for 50 years adding to the difficulty of predicting the five-strong Nobel Committee's decisions.

The 2009 choice of US President Barack Obama is a recent example, as Obama had only been in office less than a year. China was angered over the 2010 award to imprisoned dissident Liu Xiaobo.

A prize to US whistleblower Edward Snowden, who disclosed mass surveillance programs run by the US National Security Agency, or the independent Russian daily Novaya Gazeta would likely be frowned on by Washington and Moscow.