Putin says 'US hysteria' over Russian interference is election ploy 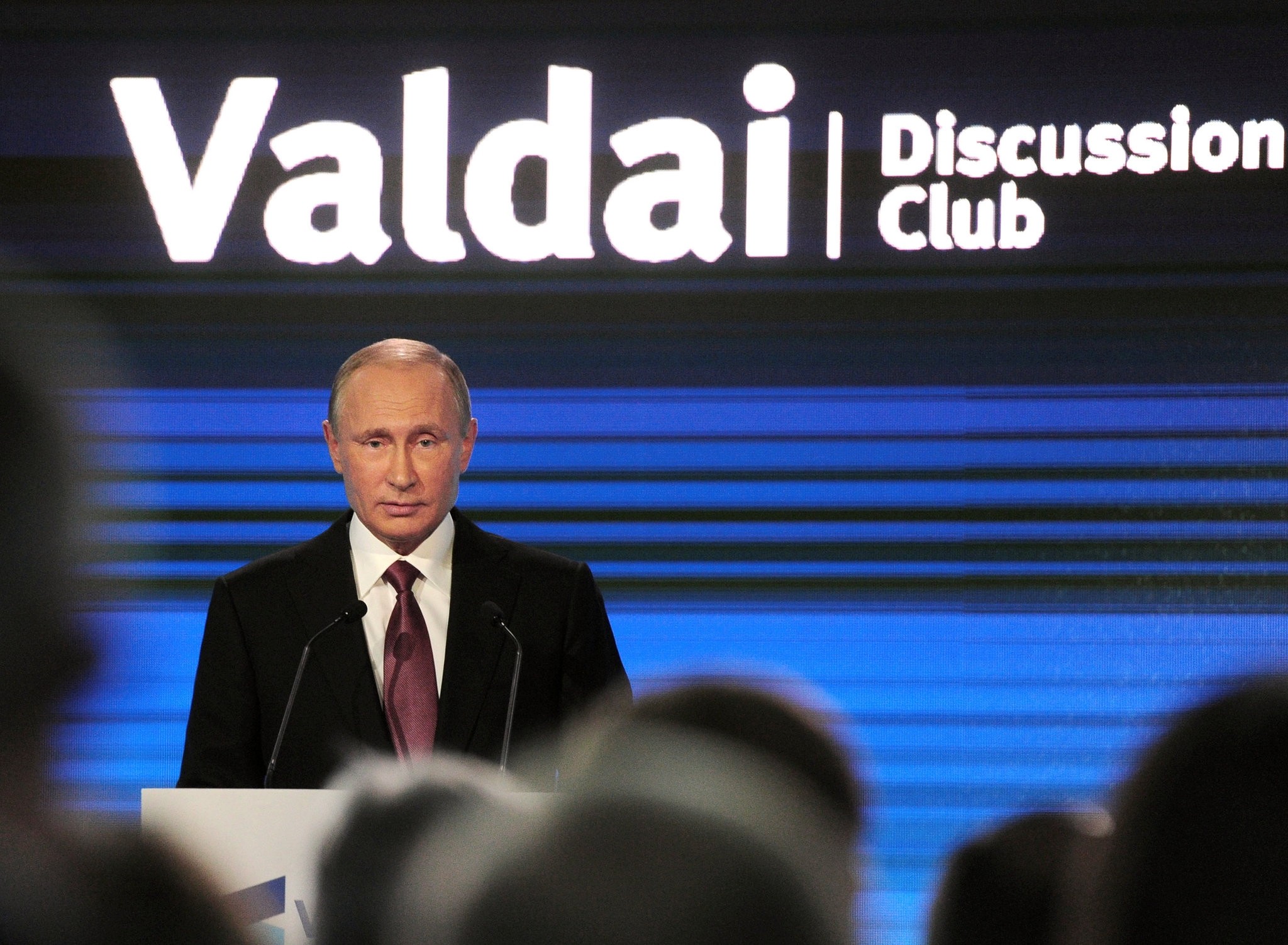 Russian President Vladimir Putin delivers a speech during a session of the Valdai International Discussion Club in Sochi, Russia, October 27, 2016. (Kremlin via Reuters)
by Compiled from Wire Services Oct 27, 2016 12:00 am

President Vladimir Putin says the claims of Russia's interference in the U.S. presidential election are designed to distract public attention from real issues.

The United States has accused Russia of coordinating the hacks of Hillary Clinton's campaign emails to influence the outcome of the election.

He argued that U.S. elites have used the "mythical and fictitious" issue to distract attention from real problems such as government debt and police violence.

"It's much simpler to distract people with so-called Russian hackers, spies, and agents of influence. Does anyone really think that Russia could influence the American people's choice in any way? Is America a banana republic or what? America is a great power."

Putin also said certain forces in the West were trying to exaggerate the threat that Russia posed in order to secure higher military spending and talk up their own importance.

He said Russia was not planning to attack anyone.

Washington last week formally accused the Russian government of trying to "interfere" in the 2016 White House race by hacking US political institutions, charges the Kremlin has repeatedly dismissed.

Russian authorities have also slammed Washington for "unprecedented" threats after US Vice President Joe Biden told NBC this month that Putin would receive a "message" over the alleged hacking.

NBC later reported that the CIA was preparing a retaliatory cyber attack "designed to harass and embarrass the Kremlin leadership."

Russia's foreign ministry at the weekend said that an old version of its website had been attacked after a US hacker claimed he broke in and posted a mocking message.

Ministry spokeswoman Maria Zakharova said the incident could indicate that a US "cyber machine of destruction has started acting".

The Kremlin was propelled to the heart of US politics in July after Hillary Clinton's campaign blamed Moscow for a damaging leak of emails from the Democratic National Committee.

Russia has been accused of favouring Republican candidate Donald Trump -- who has praised Putin and called for better relations with Moscow -- over the more hawkish Clinton.

Russia's relations with the United States have slumped to a post-Cold War nadir over the conflict in Ukraine and stalled efforts to end the Syrian war.