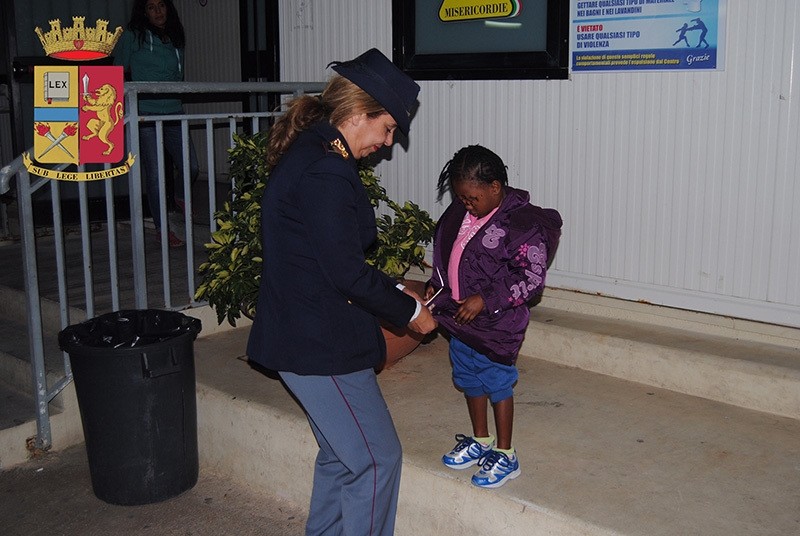 A lost four year-old who made the perilous boat journey from Northern Africa to Italy alone will be reunited with her mother from Ivory Coast thanks to an extraordinary coincidence.

Oumoh, who had been taken from her father's family by her mother under the threat of female genital mutilation, was rescued at sea and brought to the Italian island of Lampedusa on November 5, along with around 15 other migrants.

But not one of the other passengers -- mostly women and children -- seemed to know who she was, according to police inspector Maria Volpe, who is charged with looking after migrant minors arriving in Sicily.

"Mamma Maria", as she is known, went to the island off the coast of Africa to retrieve the youngster and on November 9 Oumoh was entrusted to a children's community in Palermo.

"She had arrived a few days earlier, she seemed quite calm," Volpe, who has 20 years' experience with child migrants, told AFP.

Fate then intervened in the guise of Nassade, an eight year-old rescued last week off the coast of Libya and brought to Lampedusa along with her mother and baby brother.

At the island's reception centre, a police officer who wanted a chance to speak to Nassade's mother without interruption let the child look through the photographs on her mobile phone to distract her.

Set sail without her

It appears Nassade had met the young girl from Ivory Coast in a reception centre in Tunis. And to the police officer's astonishment, Nassade's mother was able to provide the phone number for Oumoh's mother.

Through her tears, the four year-old's mother said she had taken Oumoh away from home after her husband's family insisted the little girl must undergo female circumcision.

They had travelled to Tunis, where she had left Oumoh with a friend while she returned to the Ivory Coast to collect some belongings.

But the friend had had the chance to set sail for Italy and had taken Oumoh with her, though she kept her distance on their arrival.

"The mother may have be planning to embark too, but she was detained in the Ivory Coast longer than expected and when she returned to Tunis, her daughter was gone," says Volpe, who spoke to the mother several times by telephone.

Rome and Tunis are now arranging to re-unite mother and child, "probably via a family reunification visa for the mother", she said.

A DNA test will be carried out as soon as possible to confirm their relationship.

During her years of service, "Mamma Maria", 56, has seen thousands and thousands of unaccompanied adolescent migrants, but only about 20 of them have been young children.

"It touches your heart when you see the eyes of the children, who are so small. They cling to you quickly, you become their reference point. But it is an honour to be able to do this work with love and humanity," she said.

At the start of November, Italian President Sergio Mattarella included "Mamma Maria" among the 40 everyday heroes who will be awarded the order of merit this year.