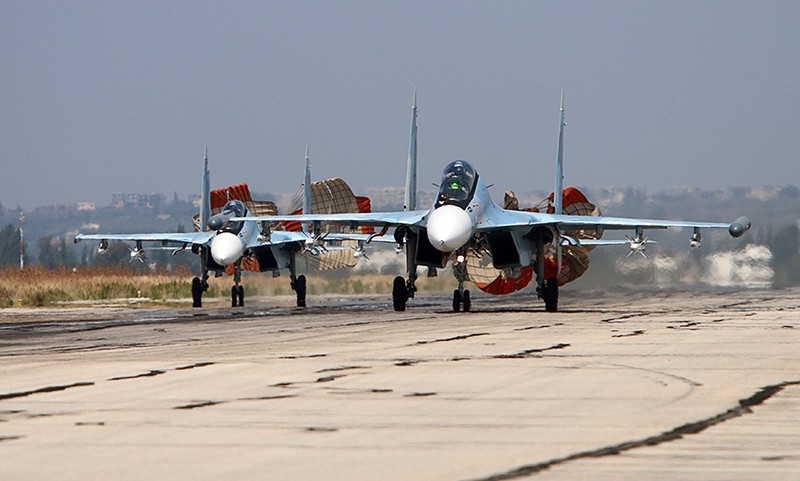 picture taken on October 3, 2015 shows Russian Sukhoi SU-30 SM jet fighters landing on a runway at the Hmeimim airbase in the Syrian province of Latakia. (AFP Photo)
by Dec 05, 2016 12:00 am
A second Russian warplane has crashed while attempting to land on an aircraft carrier off the coast of Syria, Russian state media report, citing the Defense Ministry.

The Su-33 multirole fighter crashed into the Mediterranean on Saturday because the arresting cable that was supposed to catch the plane as it was landing snapped, according to state news agency TASS.

Last month, a MiG-29 warplane crashed into the water while preparing to land on the Admiral Kuznetsov carrier. The pilots of both planes safely catapulted, according to the news agency.

Russia has been conducting a bombing campaign against opposition and militant groups in Syria for more than a year in support of that country's embattled ruling regime, a longtime Russian ally.
Last Update: Dec 06, 2016 1:00 am
RELATED TOPICS