Almost all communications channels between Russia and US frozen: Kremlin 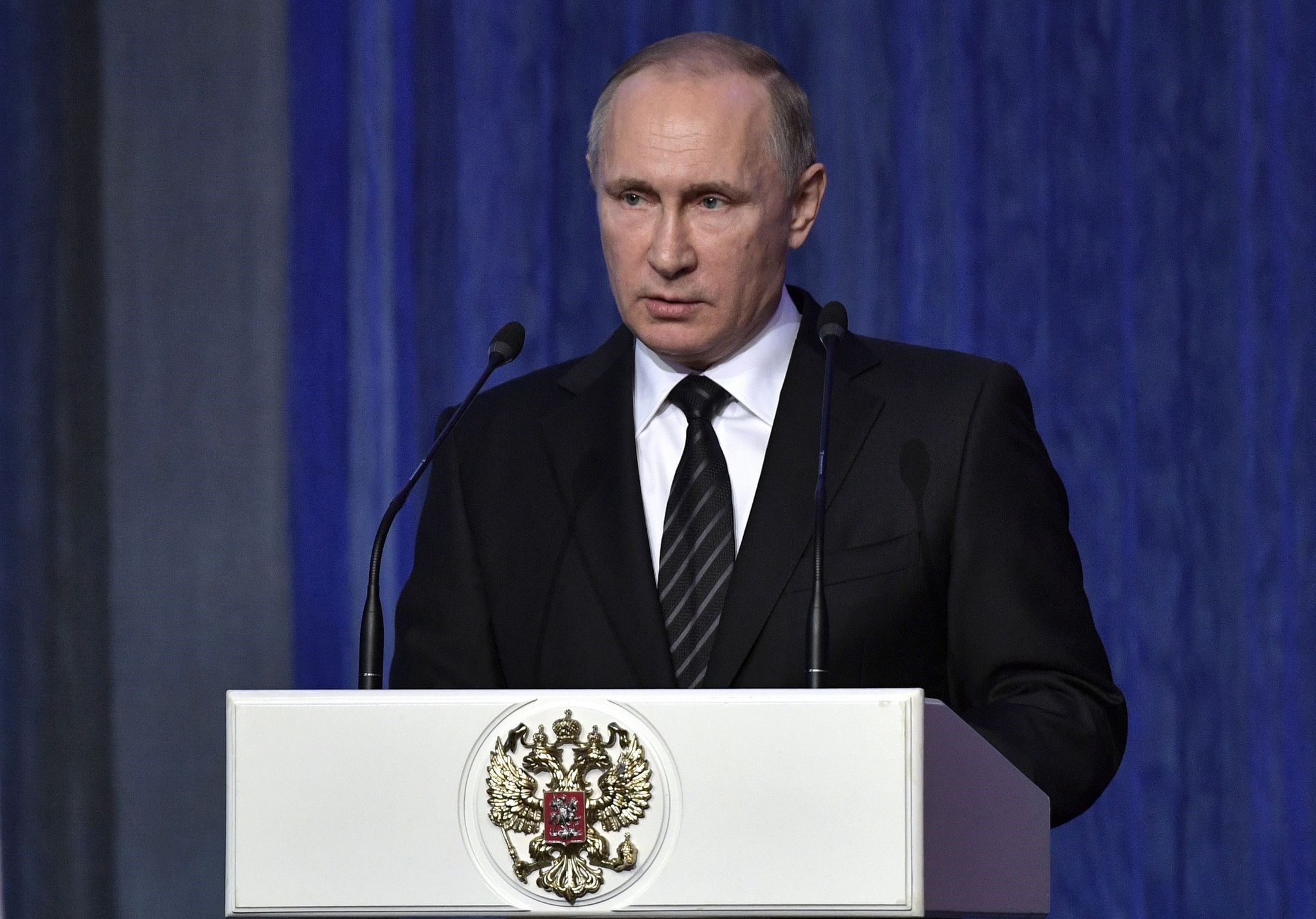 Russian President Vladimir Putin speaks during a gala evening devoted to the Day of Security Workers at the State Kremlin Palace in Moscow on Dec. 20, 2016. (AFP Photo)
by Dec 21, 2016 12:00 am

The Kremlin said on Wednesday almost all communications channels between Russia and the United States have been frozen but the U.S. State Department disputed the statement.

Kremlin spokesman Dmitry Peskov said Russia did not expect the incoming U.S. administration to quickly reject enlargement of the North Atlantic Treaty Organization and that almost all communication with the United States had ceased, according to Russia's RIA news agency.

There are fears among allies that U.S. President-elect Donald Trump could withdraw funding for NATO at a time of heightened tensions with Moscow. Russia has said it would take countermeasures in response to any expansion of the 28-member military alliance.

"Almost every level of dialogue with the United States is frozen," RIA quoted Peskov as saying. "We don't communicate with one another, or (if we do) we do so minimally."

Peskov's reported comments came as tensions between Moscow and Washington are growing, a month before U.S. President Barack Obama hands over power to Trump, who has praised Russian President Vladimir Putin.

"It's difficult to know exactly what is meant by this comment, but diplomatic engagement with Russia continues across a wide range of issues," Kirby said in an emailed statement. "That we have significant differences with Moscow on some of these issues is well known, but there hasn't been a break in dialogue."

Russia, Turkey and Iran agreed in recent talks find a solution to the Syrian crisis. While the United States had been excluded from those talks, communications with Moscow on ending the war continued, Kirby told his daily briefing later on Wednesday.

"We weren't in the meeting in Moscow, but it's not as if we haven't had communication with them before and then right after that meeting," Kirby told reporters, adding that the United States was in touch with Moscow on concerns over Ukraine's conflict.

Pressed on what Peskov could have meant, Kirby added: "I think you should ask Mr. Peskov what he means by his comments. From our perspective there is no break in the dialogue."

Separately, the Pentagon said in a statement it had held a video conference with counterparts from the Russian defense ministry to ensure the two sides' air operations do not come into conflict with each other in Syria. Such discussions with Russia are held regularly as U.S. warplanes conduct daily air strikes against the Islamic State in Syria.

RIA, citing an interview it said Peskov gave to Russia's Mir TV station, quoted him as saying he did not know whether President Vladimir Putin would seek re-election in 2018.

"Everyone's heads are aching because of work and with projects and nobody is thinking or talking about elections," Peskov said.

Most Kremlin-watchers expect Putin to run for the presidency again.