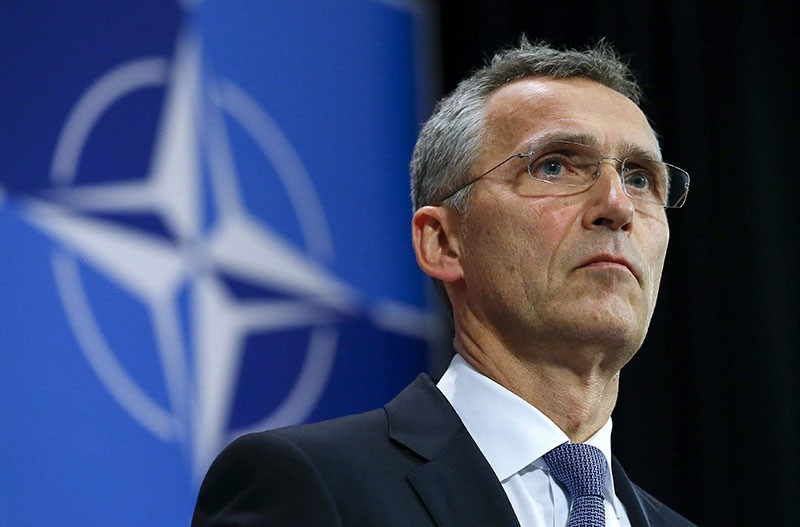 NATO Secretary-General Jens Stoltenberg holds a news conference during a meeting of the NATO foreign affairs ministers at the Alliance headquarters in Brussels in this December 1, 2015 file photo. (Reuters Photo)
by Jan 19, 2017 12:00 am

NATO chief Jens Stoltenberg on Thursday said the alliance is coming under an increasing number of state-sponsored cyber attacks as he called on the bloc to boost its online defense capabilities.

"According to our latest evaluations, there was a monthly average of 500 threatening cyber attacks last year against NATO infrastructure that required intensive intervention from our experts," he told Die Welt daily.

"That's an increase of 60 percent compared to 2015. Most of these attacks did not stem from private individuals but were sponsored by national institutions of other countries," he added.

Voicing deep concerns about the development, Stoltenberg said cyber defense will play a key role at the next NATO summit.

"We must boost our capabilities in this area," he said, warning that attackers can "damage the defense readiness of NATO and hinder the work of our armed troops."

"All military activities are now based today on data transmission. If that fails to work, it can cause serious damage," he said.

Several Western nations including Britain, France and Germany have warned of a rise in cyber attacks, and are boosting their defense infrastructure to cope with the new front.

While Stoltenberg did not name the states responsible for the attacks against NATO, Germany has on several occasions fingered Russia as a culprit -- accusations that Moscow denies.

Pointing to the hacking of the German parliament in 2015, and of the US Democratic Party last year -- both blamed on Russia by the respective national security services -- Maassen said "it is obvious that a similar scenario is possible in Germany."

In the interview, Stoltenberg also rejected Donald Trump's criticism of the alliance's fight against terror and shrugged off the US president-elect's claim that NATO was "obsolete".

"NATO is already strongly engaged in the fight against international terrorism, and we are discussing how this engagement can be broadened," he said.

The NATO chief said he was looking forward to working with Trump, and voiced confidence that "the US will continue to be fully committed to its security guarantees for NATO."