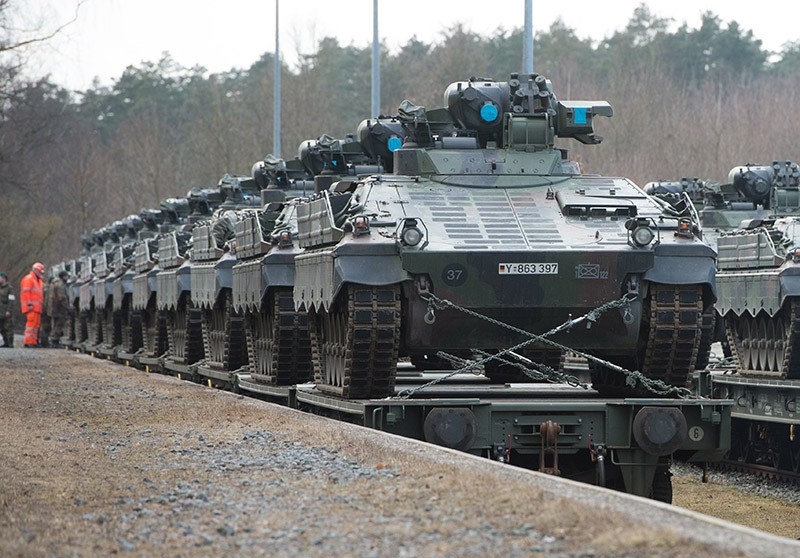 Germany will increase its military to nearly 200,000 troops over the next seven years, the defense ministry said Tuesday, a day after US Vice President Mike Pence urged European allies to boost their defense spending.

Berlin had already announced last May its first increase in troop count since the Cold War, but the ministry said it was further revising numbers upwards.

Additionally, the number of civilian staff would reach 61,000 over the same period, said the ministry.

"The Bundeswehr has rarely been as necessary as it is now," said Defense Minister Ursula von der Leyen.

"Be it in the fight against Daesh terrorism, in the stabilisation of Mali, the ongoing support of Afghanistan and against people smugglers in the Mediterranean and the Aegean or with our increased presence for NATO in the Baltics," she said.

Over recent years, the army had seen a significant reduction in troop numbers following Germany's reunification and the end of the Cold War.

Washington has repeatedly pressed Germany to increase its defense spending to reach the NATO agreed level of two percent of economic output.

So far, of the 28 NATO members, only the United States, Britain, Poland, Greece and Estonia have met the two percent target.