Migrant tragedy continues at Mediterranean as death toll in 2017 nears 2,000 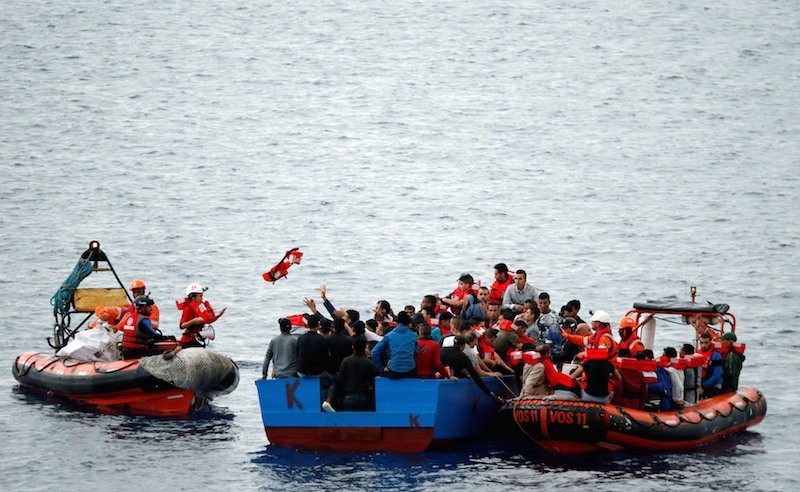 From January 1, 2017 to June 18 the number of migrants that have arrived to Europe from Mediterranean has reached more than 81,000, with about 2,000 recorded deaths at sea, the International Organization for Migration (IOM) has announced.

IOM spokesman Joel Millman said in a statement from the United Nations' Geneva office that nearly 130 refugees were feared to have drowned Thursday off Libya's coast in the Mediterranean.

The statement, which was released yesterday by IOM, said that 126 people had disappeared from the same boat, with four migrants reportedly having been rescued.

Millman revealed that Libyan cost guard crews had intercepted and rescued migrants off of another boat in the Mediterranean, which was carrying 85 migrants, including women and children. He added that the number of migrants who had lost their lives on the boat remained unknown.

The statement said that Monday at least seven migrants on a boat in the Mediterranean had disappeared and that the Italian coast guard brought the survivors to Messina. It reported that these migrants were mostly of Moroccan and Syrian origin.

Speaking during a news conference in Geneva, Millman said that 85 percent of the 81,292 migrant arrivals had landed in Italy, while the rest landed ashore in Greece, Spain and Cyprus. During the same period last year, 215,702 migrants arrived to the region via the Mediterranean, he added.

So far in 2017, 277 bodies have been retrieved from Libya's shores while just over 10,000 migrants have been rescued in the North African country's waters, IOM figures stated.