Russia readying expulsion of 30 US diplomats over diplomatic property seizure 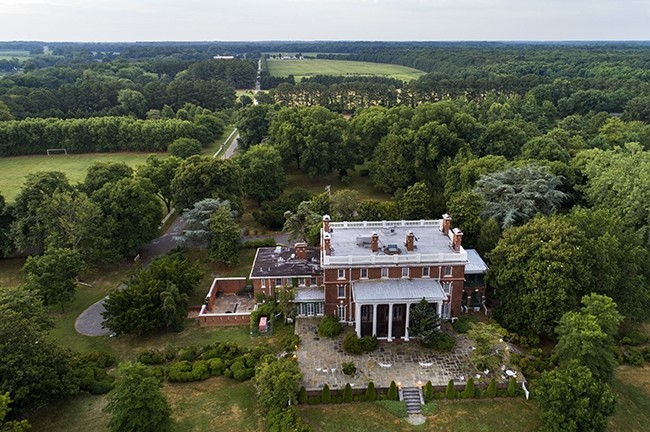 A 45-acre Russian diplomatic compound, seized by the United States in December 2016 in connection with suspected Russian hacking activities sits abandoned on the banks of the Corsica River near Centreville, Maryland, USA, 10 July 2017. (EPA Photo)
by Daily Sabah Jul 11, 2017 12:00 am

Russia may deport 30 U.S. diplomats in a retaliatory move against the seizure of two Russian diplomatic compounds, a foreign ministry official said.

A meeting between Russian Deputy Foreign Minister Sergei Ryabkov and U.S. Deputy Secretary of State Thomas Shannon is scheduled to take place in St. Petersburg, and if the crisis regarding the Russian diplomatic mission is not resolved there, then mirror sanctions will be imposed, the official told Russian daily Izvestia.

Rybakov said Tuesday that Moscow has prepared a "tough response" to Washington in retaliation for the arrest of Russian diplomatic property.

Meanwhile, Russian Foreign Minister Sergey Lavrov said that it was "shameful" for Washington to leave the situation with the Russian diplomatic service in the U.S. in its current state, calling it "outrageous."

In December, then U.S. president Barack Obama ordered the expulsion of 35 Russians over what he said was their involvement in hacking last year's U.S. presidential election, allegations Moscow flatly denies.

The U.S. authorities seized two Russian diplomatic compounds, one in Maryland and another on Long Island, at the same time. Moscow did not retaliate, saying it would wait to see if relations improved under the incoming U.S. president, Donald Trump.