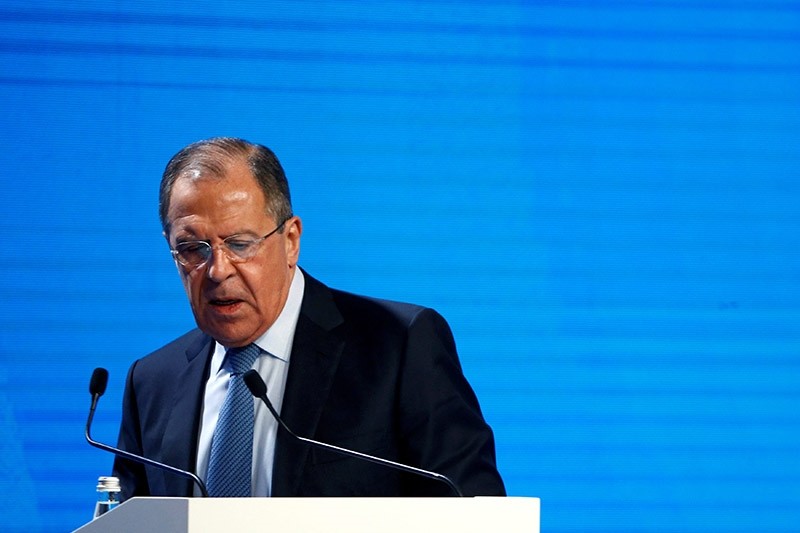 Moscow has said a lot will depend on the outcome of a meeting in Washington later on Monday between Russian Deputy Foreign Minister Sergei Ryabkov and U.S. Undersecretary of State Thomas Shannon who will discuss the continued diplomatic row.

Lavrov, on a visit to Belarus, was also cited as saying that "anti-Russian feeling" in the United States meant it was not certain that Moscow and Washington could agree on key global issues.

On a separate issue, RIA cited Lavrov as saying that Russia and the United States would do all they could to address Israeli concerns about the creation of de-escalation zones in Syria.

He was responding to comments by Israeli Prime Minister Benjamin Netanyahu who told reporters in Paris late on Sunday that the arrangement perpetuated Iran's presence in Syria and that Israel was therefore "utterly opposed" to it.

The public objection was rare for Netanyahu, who has sought to avoid confrontation with Moscow and Washington over Syria.