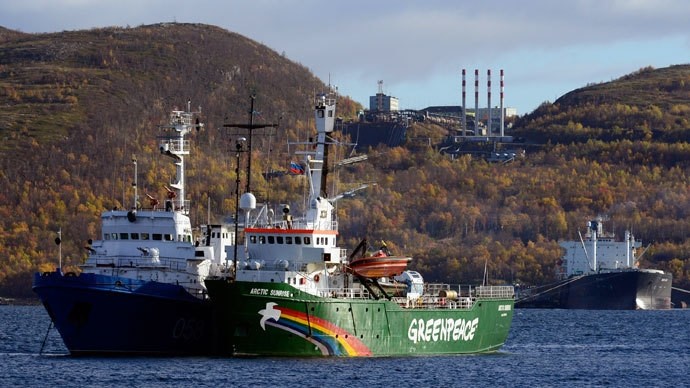 An international tribunal has ordered Russia to pay damages and costs of nearly 5.4 million euros ($6.2 million) to the Netherlands for unlawfully seizing a Greenpeace ship protesting at an oil platform in Arctic waters.

The Arctic Sunrise, sailing under a Dutch flag, was seized by Russian authorities in September 2013 during a protest against an offshore oil platform. The 30 people on board were arrested and detained for months before eventually being released shortly before the Sochi Olympics.

The five-member panel, based in Vienna, decided in 2015 that Russia was liable under the U.N. Convention on the Law of the Sea and has now put a price on damages to the ship, as well as the wrongful arrest and suffering of 30 people aboard.

Russia declined to take part in the proceedings.