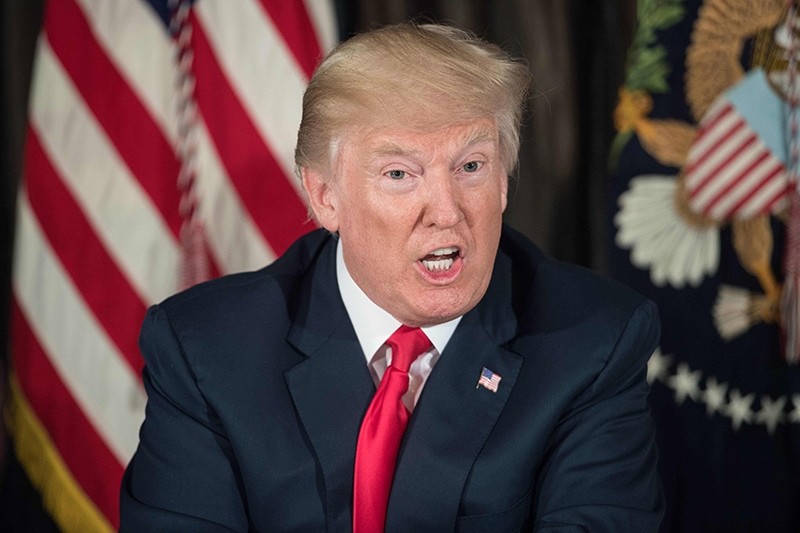 The escalating exchange of threats between U.S. President Donald Trump and North Korean leader Kim Jong Un continued Wednesday as Trump tweeted that the U.S.' nuclear arsenal was "more powerful than ever."

Meanwhile, worries over a potential confrontation between the U.S. and North Korea weighed heavily on global stock markets, but helped boost the price of gold and the Swiss franc.

The Swiss franc and gold, which are considered to be the most traditional safe havens at times of mounting geopolitical unrest, were big movers amid ongoing rhetorical war. The dollar was down 1.2 percent at 0.9627 Swiss francs, while an ounce of gold came in 1 percent higher at $1,275.

Trump warned North Korea that it could face "fire and fury" after a new report Tuesday said U.S. intelligence believes Pyongyang has successfully produced a nuclear warhead that can fit inside its missiles.

Trump's comments marked a sharp intensification of Washington's rhetoric over the North's nuclear and missile programs, triggering expressions of concern from China as well as from U.S. allies.

In response "fire and fury" comments, North Korea it was seriously considering a missile strike near the U.S. Pacific territory of Guam.

The verbal sparring continued with Trump's early Wednesday morning tweets, written from New Jersey, where he is on vacation for two weeks, dashed hopes of a cooling of tensions.

"My first order as President was to renovate and modernize our nuclear arsenal. It is now far stronger and more powerful than ever before," Trump wrote.

"Hopefully we will never have to use this power, but there will never be a time that we are not the most powerful nation in the world!"

Trump's language towards North Korea has become increasingly hard-edged since Pyongyang staged a successful Intercontinental Ballistic Missile test (ICBM) in July which put the US mainland in range for the first time.

Guam, which is a 210-square-mile dot in the Pacific that is home to some 6,000 U.S. troops, would be a far easier target were North Korea to confirm its position as a fully-fledged nuclear power.

Experts have long differed over the North's exact capabilities but all agree it has made rapid progress under Kim.

Last month, Pyongyang carried out its first two successful ICBM launches, the first showing it could reach Alaska, and the second extending its range even further, with some experts suggesting New York could be vulnerable.