US forces closure of Russia's San Francisco consulate in retaliation 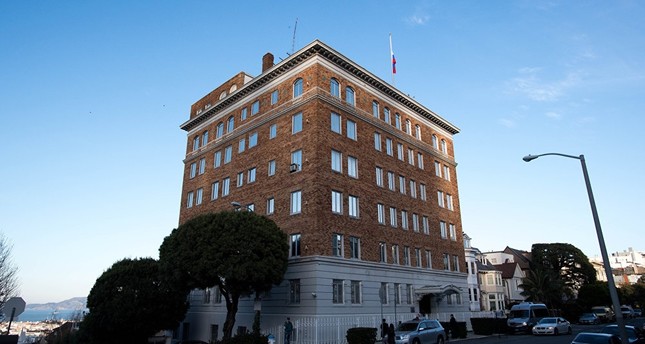 The United States is retaliating against Russia by forcing closure of its consulate in San Francisco and scaling back its diplomatic presence in Washington and New York.

The State Department says move is in response to the Kremlin forcing a cut in U.S. diplomatic staff in Moscow. Spokesman Heather Nauert says the move brings the U.S. and Russia into "parity," with each having three consulates in the other country.

Last month Moscow ordered the United States to cut its diplomatic and technical staff in Russia by more than half, to 455 people, after Congress overwhelmingly approved new sanctions against Russia. The sanctions were imposed in response to Russian meddling in the 2016 presidential election and to punish Russia further for its 2014 annexation of Crimea from Ukraine.

"We believe this action was unwarranted and detrimental to the overall relationship between our countries," State Department spokeswoman Heather Nauert said in a statement on Thursday.

"In the spirit of parity invoked by the Russians, we are requiring the Russian Government to close its Consulate General in San Francisco, a chancery annex in Washington, D.C., and a consular annex in New York City," Nauert said. "These closures will need to be accomplished by September 2."

Secretary of State Rex Tillerson had said the U.S. would respond by September.

"Moscow will closely study the new measures announced by the Americans, after which our reaction will be conveyed," the Russian foreign ministry said in a statement.

To cope with the reduction in staff in Russia, the United States said last week it would have to sharply scale back visa services, a move that will hit Russian business travelers, tourists and students.

The Russian consulate in San Francisco handles work from seven states in the Western United States. There are three other Russian consulates separate from the embassy in Washington. They are in New York, Seattle and Houston.

Share on Facebook Share on Twitter
Previous in World German prosecutors called Thursday for the case of a 96-year-old former... Next in World Hurricane Irma first formed in the eastern Atlantic as a Category...
DAILY SABAH RECOMMENDS