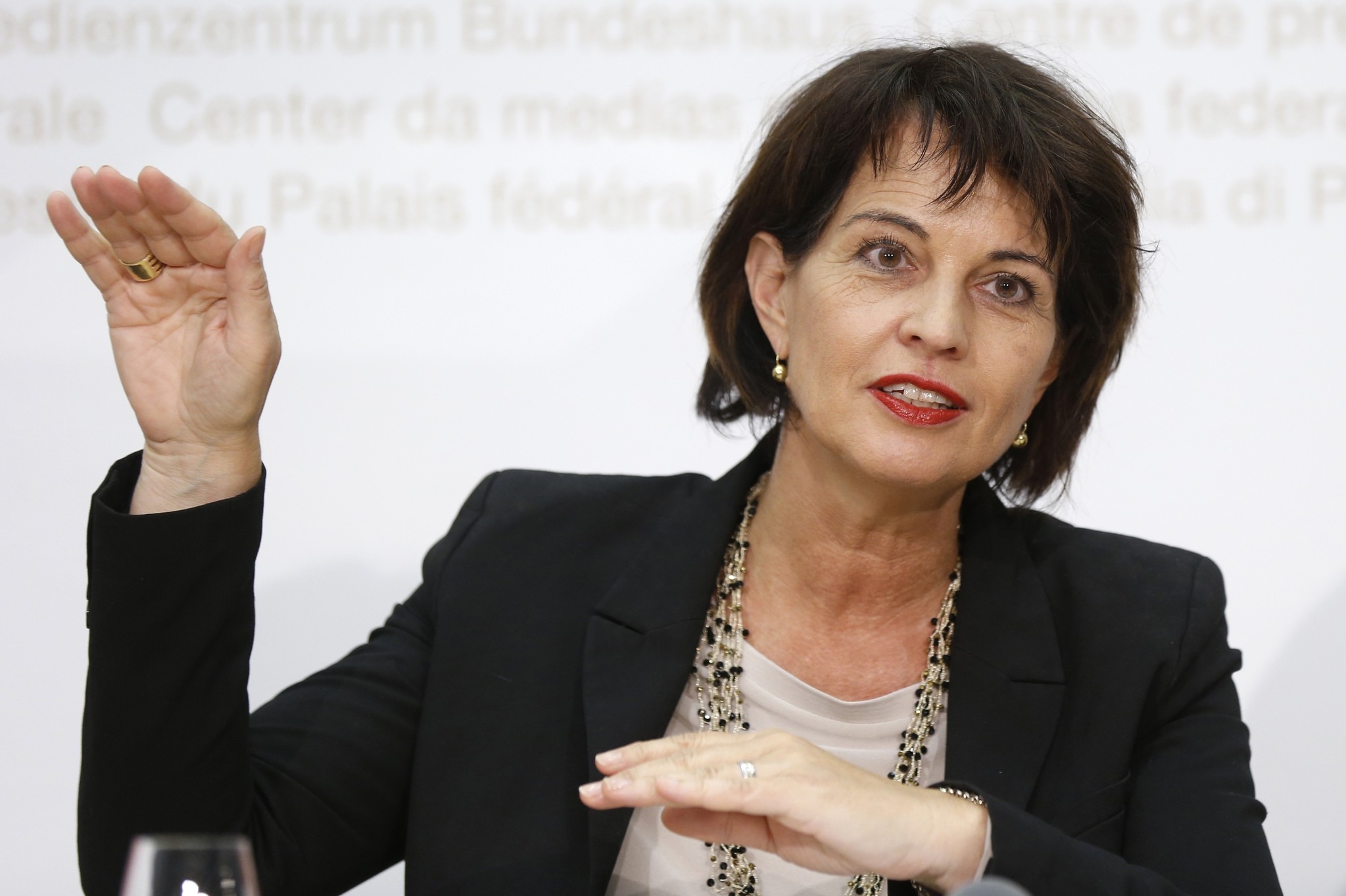 Swiss President Doris Leuthard said Monday that her country could help mediate the standoff between North Korea and other countries over its nuclear and missile programs.

Leuthard said he small, proudly neutral Alpine country that has represented U.S. interests in places like Iran and Cuba in the past could now use "its good services as a mediator" to help address the tensions.

But China and the United States had to take their share of responsibility, she added, warning of "over-reactions".

Sanctions "did not change many things" in terms of convincing Pyongyang to abandon its weapons programs even though North Korea's population had suffered, Leuthard said.

A day after the North's largest nuclear test yet, Seoul said Monday it was talking to Washington about deploying aircraft carriers and strategic bombers to the Korean peninsula after signs Pyongyang might launch more missiles.

Speaking to journalists in the Swiss capital, Bern, "Perhaps these actions of North Korea are also an invitation for dialogue: We'll see," Leuthard said, adding that it was "time for dialogue."

"...We are ready to offer our role for good services as a mediator. I think in the upcoming weeks a lot will depend on how the U.S. and China can have an influence in this crisis. That's why I think Switzerland and Sweden can have a role behind the curtain."

Part of the task would be to find a suitable location for officials – perhaps the countries' foreign ministers – to meet, she said.

"I think that's our role to look at what kind of possibilities we find. Because, well, Twitter won't be an adequate instrument... This must be very discreet."

Noting that the Communist Party congress in North Korea's neighbor and ally China was due to take place in October, Leuthard said the time for such initiatives was not ideal, so "perhaps this was also part of the plan of North Korea."