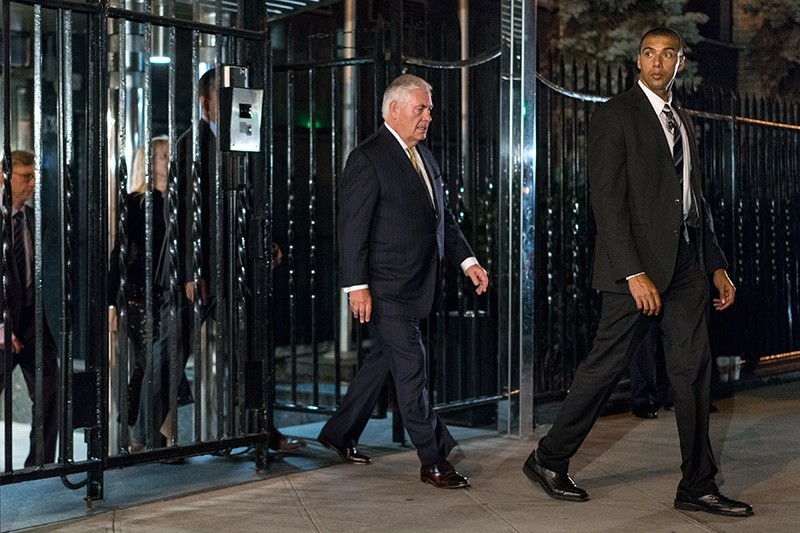 After the meeting, at the Russian delegation to the U.N., Tillerson left without saying anything to the reporters, who were initially invited in to cover the opening of the talks but asked to leave before the U.S. official arrived.

Spokeswoman Maria Zakharova said "the meeting was on cooperation in Syria crisis, Middle East issues and Minsk agreement". No other details were immediately available.

Tillerson and Lavrov "met this evening in New York on the sidelines of the United Nations General Assembly," department spokeswoman Heather Nauert said in a statement.

"The two recommitted to deconflicting military operations in Syria, reducing the violence, and creating the conditions for the Geneva process to move forward," she said.

Ties between Washington and Moscow are at what Tillerson has called a "historic" post-Cold War low, amid tit-for-tat cuts to each other's diplomatic missions.

But Washington wants to work with Russia to help resolve the crisis in Syria, where both have military forces deployed, and the rivals are trying to work through their differences.

Russia's President Vladimir Putin will not attend the U.N. General Assembly this week, but his U.S. counterpart Donald Trump will make his much anticipated first address to the world body on Tuesday.