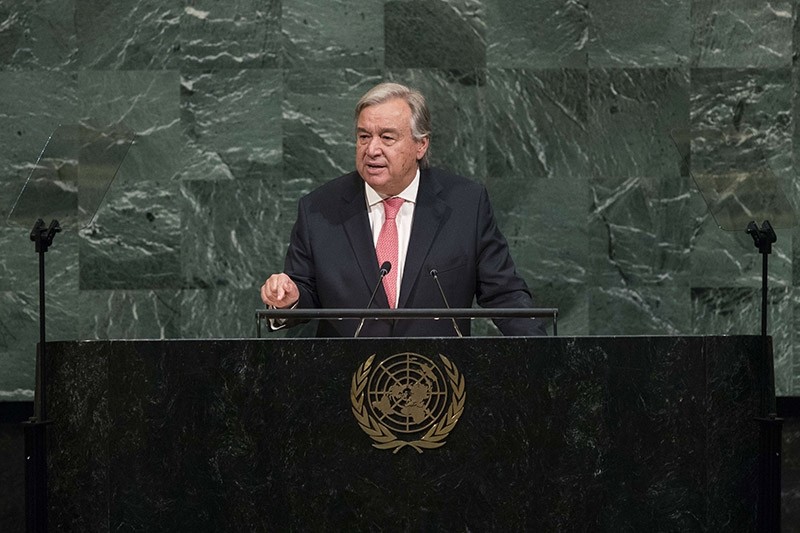 U.N. Secretary-General Antonio Guterres on Monday expressed concern about the potentially destabilizing effects of a referendum held by the Kurdistan Region Government (KRG) on the independence from Iraq.

Guterres again called on Baghdad and the KRG authorities to resolve differences through dialogue and compromise.

The UN chief also told KRG authorities to ensure that the work of the U.N. mission in Iraq "will be allowed to continue unhindered."

More than 5.3 million people were registered to vote in the referendum, which has been opposed by Turkey, Iraq and Iran and the United States.

The U.N. Security Council also warned last week that the referendum could destabilize the region.

Guterres said he was "concerned about the potentially destabilizing effects of today's referendum in the Kurdistan region of Iraq," in a statement from his spokesman.

The U.N. chief added that he "respects the sovereignty, territorial integrity and unity of Iraq" and considers that all differences "should be resolved through "structured dialogue and constructive compromise."