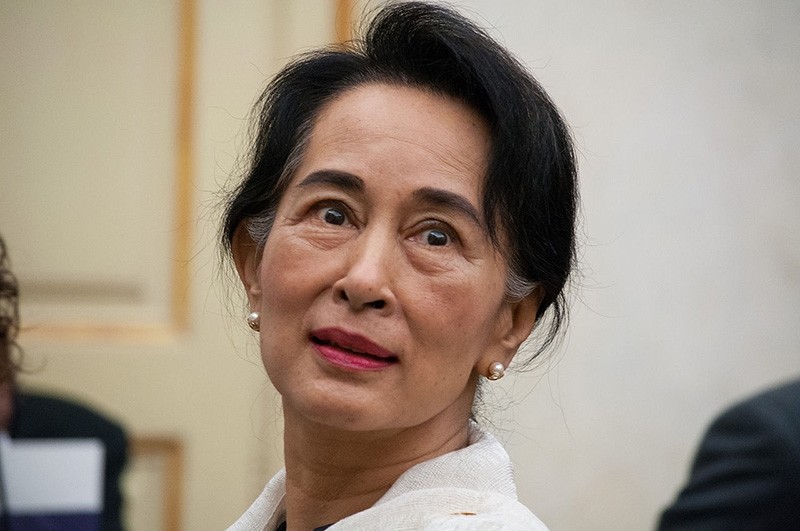 A British honor granted to the de facto leader of Myanmar has been withdrawn amid atrocities targeting the Muslim minority in her country, causing more than half a million Rohingya to take refuge in neighboring Bangladesh.

People are "absolutely appalled" by the situation in Myanmar, Price said, adding that it was "extraordinary" that Suu Kyi had not spoken out about the atrocities in Myanmar.

Suu Kyi has been under harsh criticism in the past weeks for not denouncing the persecution of Rohingya Muslims, described by both U.N. rights chief Zeid Ra'ad Al Hussein and U.N. Secretary General Antonio Guterres as ethnic cleansing.

The Freedom of Oxford honor is a title awarded to persons of distinction and those who have, in the opinion of the council, rendered eminent services to the city.

Citing evidence coming from the U.N., Price said that Suu Kyi was "no longer worthy" of the honor.

St. Hugh's College in Oxford removed a portrait of Suu Kyi from display last week. Nobel Peace Prize laureate Suu Kyi studied at St Hugh's, graduating in philosophy, politics and economics in 1967 before completing a masters in politics in 1968.

The refugees are fleeing a military operation in which security forces and Buddhist mobs have killed men, women and children, looted homes, and torched Rohingya villages. According to Bangladeshi Foreign Minister Abul Hasan Mahmood Ali, around 3,000 Rohingya have been killed in the crackdown.

Turkey has been at the forefront of providing aid to Rohingya refugees, and President Recep Tayyip Erdoğan has raised the issue at the U.N.

The U.N. has documented mass gang rapes, killings — including of infants and young children — brutal beatings, and disappearances committed by security personnel. In a report, U.N. investigators said such violations may have constituted crimes against humanity.