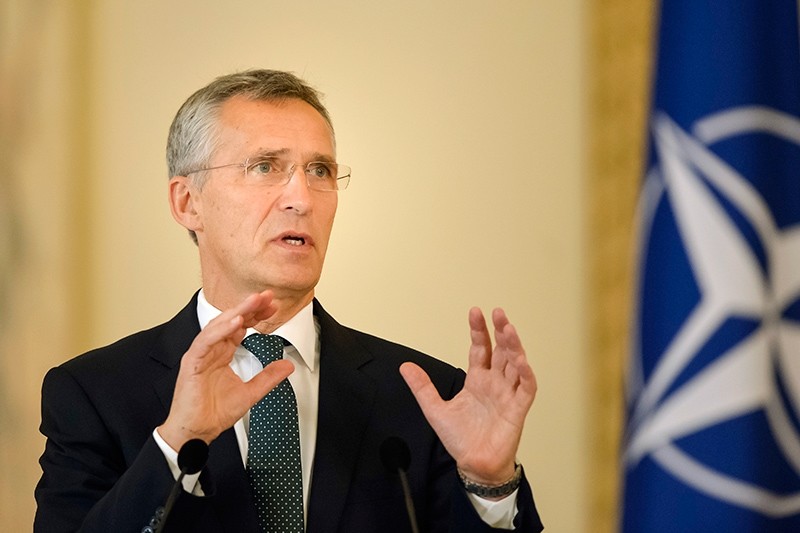 NATO does not want a "new Cold War" with Russia, despite members' concerns about the Russian military buildup close to NATO's border, the chief of the military alliance said Monday.

Secretary-General Jens Stoltenberg was speaking at the end of a four-day NATO parliamentary assembly in the Romanian capital, Bucharest.

"We are concerned by .... (Russia's) lack of transparency when it comes to military exercises," he said.

He mentioned a Russian-Belarus operation in September involving thousands of troops, tanks and aircraft held in Belarus, on NATO's eastern edge. The drills included maneuvers designed to hunt down and destroy armed spies.

Still, Stoltenberg said: "Russia is our neighbor ... we don't want to isolate Russia. We don't want a new Cold War."

He said the 29-member alliance had increased jets patrols in the Black Sea in "response to Russia's aggressive actions in Ukraine."

Later, Stoltenberg said the alliance was beefing up its presence in eastern and southeastern Europe to reassure allies in the face of Russia's actions in Ukraine.

"We are implementing the biggest reinforcement to our collective defense since the end of the Cold War," including four battlegroups in Estonia, Latvia, Lithuania and Poland, he said.

Separately, Romania is opening a multinational brigade in the southern city of Craiova, which the NATO Secretary-General will visit later Monday. Troops from 11 NATO members will help coordinate regional allied training and exercises, known as "Tailored Forward Presence."

Speaking about the alliance's mission in Afghanistan, where it retains more than 13,000 troops, Stoltenberg said "the cost of walking away would be much higher" than the human and financial cost of the mission.

Afghanistan would descend into chaos and become a safe haven for international terrorists should NATO pull out, he said.

NATO says the Taliban have expanded their control of parts of the country after the alliance ended its combat mission in 2014. Some alliance troops have remained to train and advise Afghan forces under the NATO-led Resolute Support mission.

"We have been there for many years, but we have achieved many things ... it is no longer a safe haven for international terrorists," Stoltenberg said. "We are in Afghanistan to protect ourselves."

Meanwhile, NATO is set to launch a new multinational force in Romania on Monday to counter Russia along its eastern flank and to check a growing Russian presence in the Black Sea following the Kremlin's 2014 seizure of Crimea.

Initially a small force relying on troops from 10 NATO countries including Italy, Canada as well as Romania, the land, air and sea deployments will complement about 900 U.S. troops already in place.

"Our purpose is peace, not war," Romanian President Klaus Iohannis told the NATO Parliamentary Assembly in Bucharest. "We are not a threat for Russia. "But we need dialogue from a strong position of defense and discouragement."

Russia accuses NATO of trying to encircle it and threatening stability in Eastern Europe, which NATO denies. Around the Black Sea, Romania, Bulgaria and Turkey are NATO members while Georgia and Ukraine aspire to join.

The NATO force aims to develop its allied presence in the Black Sea region, rich in oil and gas, without escalating tensions, as it seeks to counter Russia's own plans to create what military analysts say is a "buffer zone".

The 2008 Russian operation to put troops in Georgia's South Ossetia's region, its support for separatists in eastern Ukraine since 2014 and its annexation of Crimea have raised the stakes, with all sides warning of a new, Cold-War style scenario.

Details of the new force size were unclear. Based inland at a base near the southern Romanian city of Craiova, the land component of the force involves a brigade-size multinational NATO force, typically some 3,000 to 4,000 troops, but the contribution of non-Romanian troops is modest.

Aside from Romania, Poland is the biggest troop contributor. Bulgaria, Italy and Portugal will train regularly with the force in Craiova, and Germany is also expected to contribute.